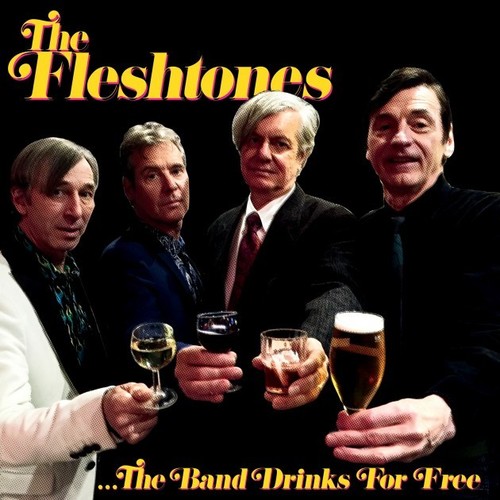 One of the most energetic bands in the business, The Fleshtones will celebrate their 40th anniversary with the release of their 21st album, The Band Drinks For Free. Featuring 12 songs about love, deceit, and death in classic Fleshtones style, the album carelessly (to the purists) tosses together the fuzz-guitar and Farfisa organ riffs of so-called "garage rock" with rockabilly, soul, and surf. And, yes, the band still drinks for free.

Dubbed "America's Garage Rock Band" and "The Kings Of Garage Rock," The Fleshtones have been the subject of books (Sweat by Joe Bonomo, Continuum Press 2007) and movies (Pardon Us For Living But The Graveyard's Full, 2009) as well as amazement from fans and detractors alike. The Fleshtones are well into their fifth decade of making believers out of the most jaded naysayers with their mongrel stew known as "Super Rock."