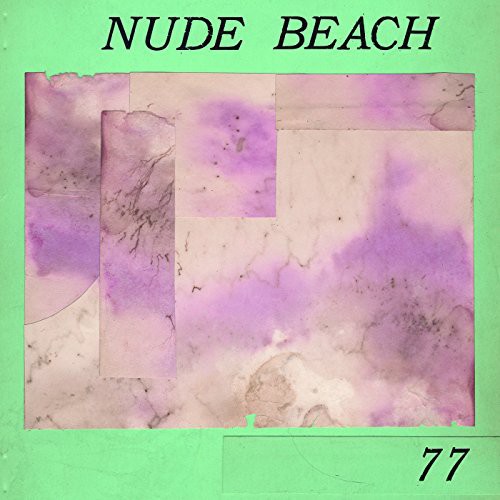 On their third album, Nude Beach are gradually dialing back the garage punk side of their musical personality and transforming themselves into a good ol' power pop band. And that's no insult, even if you happen to like garage punk: on 77, Nude Beach deliver 18 songs full of hooks, energy, and smarts, and numbers like "Can't Get Enough" and "I Can't Keep the Tears from Falling," which suggest this band could have given Dwight Twilley or Cheap Trick a run for their money back in the day.

Though 77 has a fistful of first-class rockers on hand, guitarist, vocalist, and songwriter Chuck Betz also brings along a few fine midtempo numbers where he puts his heart on his sleeve, and the thoughtful tone and mournful mood of "Used to It" and "Geoffrey's Tune" show Betz is aiming for something more than just another bunch of songs about the joys of cars and girls. The slower, sadder songs give 77 texture, but it's the rockers that make it roll, and the album handles like a dream. Running 65 minutes and sequenced like a two-LP set (the side breakdown is even listed on the CD's sleeve), 77 is Nude Beach's most ambitious effort to date, and Betz and his bandmates Jim Shelton (bass) and Ryan Naideau (drums) are clearly up to the challenge; the rockers are clever and literate, the sophistication of songs like "Time" and "If We Only Had the Time" reveal a growing intelligence that's thankfully unpretentious, and Betz gives himself an epic-scale guitar workout on the ten-minute "I Found You" and manages to make it memorable. Nude Beach were already a better-than-average garage punk combo on their first two long-players, but they're growing into something more on 77, and it's smart, well-crafted stuff that could possibly move them to bigger and/or better things.