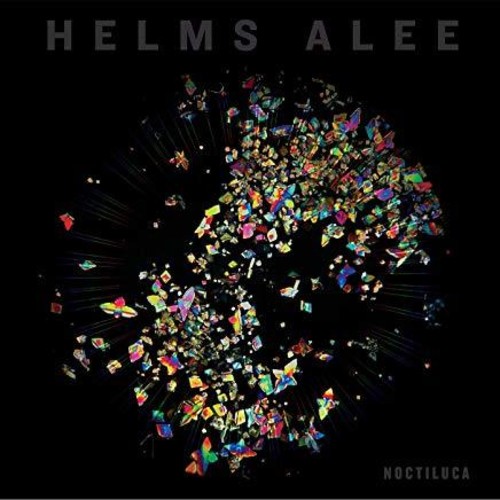 Vinyl LP pressing. Helms Alee's fifth album Noctiluca continues their tradition of blending girthy sludge riffs, deceptively clever compositions, lush instrumentation, and transcendental melodies into a potent standalone sound. Starting with album opener "Interachnid," the band displays their multifaceted approach with eight-armed drum patterns underpinning thunderous walls of fuzz distortion provided by bassist Dana James and guitarist Ben Verellen, with the latter's barrel-chested roar serving as a counterpoint to the siren song vocals provided by Mathenson-Margullis and James. Helms Alee have always been able to jump between the sublime and the savage, but with the aid of producer/engineer Sam Bell (Minus the Bear, R.E.M., The Cars), the band pushes their various methods to new extremes on Noctiluca. After more than a decade of existence, five studio albums, and a slew of EPs, it's easy to imagine Helms Alee continuing on in perpetuity as one of those tightly guarded cult artists with an extensive catalog of treasures just waiting for the uninitiated to discover the depths of their riches.