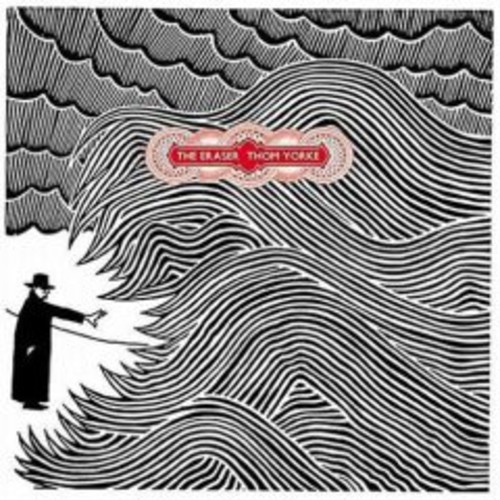 2006 vinyl LP pressing. Thom Yorke's first solo album doesn't quite have the aura of a Radiohead record-its shifts, mood, tempo-but it's still capable of holding its own. These songs are hinged on layered electronics and synthetic textures, but Yorke's untouched vocals and clean lyrics still make their dominance felt. The result is a collection that could do just as well on a piano and acoustic guitar. That's not to say that the complexities are unnecessary. No, it all just adds to the thought-through execution of the album. "Black Swan" is a guitar masterpiece; the titular "The Eraser" is perhaps the prettiest song on the album. "Harrowdown Hill" is an explicit political piece packed with snapping bass riffs and percussive accents skittering back and forth. Even so, what separates this album from Radiohead's others is its softness, a quality that proves comforting. It is proof that Yorke can make magic just as well on his own. A must-have for Radioheads everywhere.