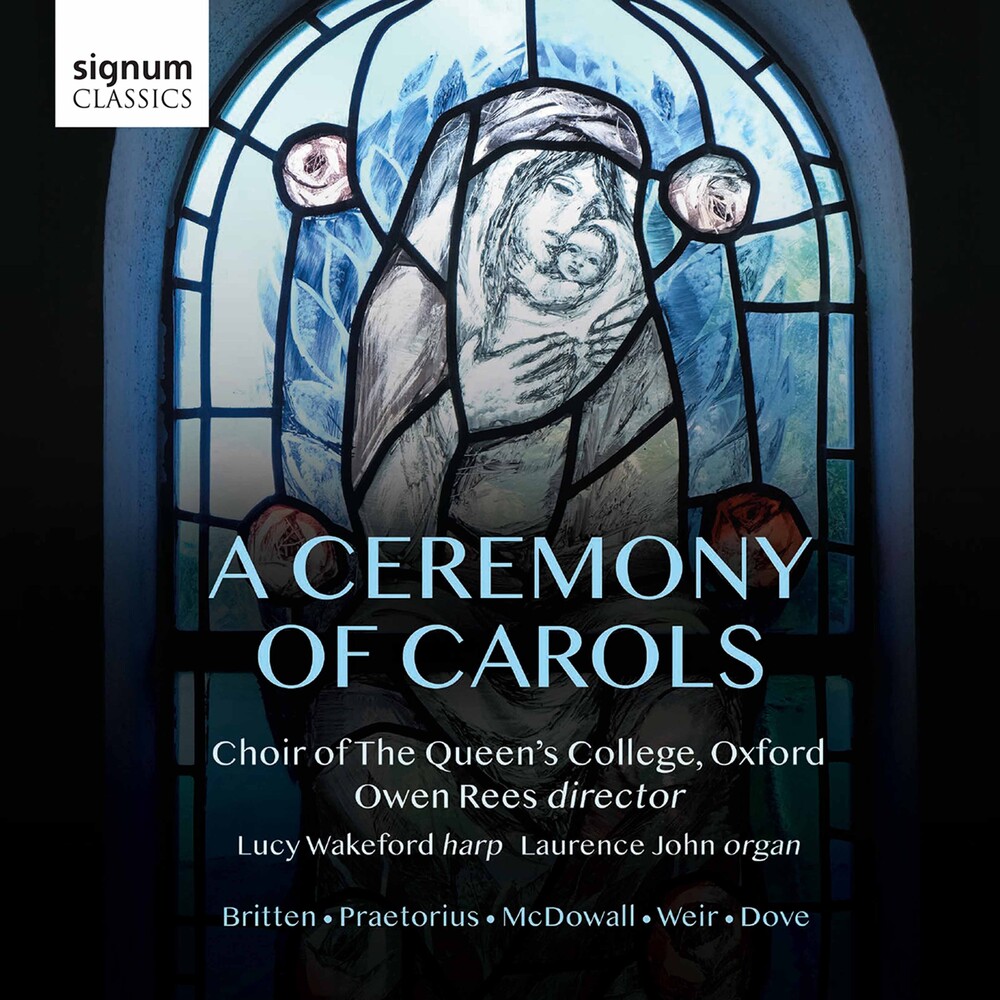 A glorious collection of Christmas music spanning over 900 years, centered around Britten's 'A Ceremony of Carols' - a work seen as both a signal of Britten's turn back towards English musical and cultural traditions and as a distinctly modern composition. Owen Rees and the Choir of The Queen's College, Oxford present this alongside works that alternate between the early 17th century - by that most prolific composer and arranger of Lutheran Christmas music, Michael Praetorius - and the present: music by Judith Weir (1984), David Blackwell (2011), Jonathan Dove (2000), Dobrinka Tabakova (2018), Toby Young (2017), and Cecilia McDowall (2007). At one point we interrupt the pattern of alternation to look back half a millennium further than Praetorius, with Hildegard of Bingen's O virga ac diadema. 'An undoubted jewel in Britain's choral scene' (BBC Music Magazine), the Choir of The Queen's College Oxford is among the finest and most active university choirs in the UK. Previous releases with Signum A New Heaven (2017) and The House of the Mind (2018) both went straight to no. 1 in the Specialist Classical Chart in their first week of release.