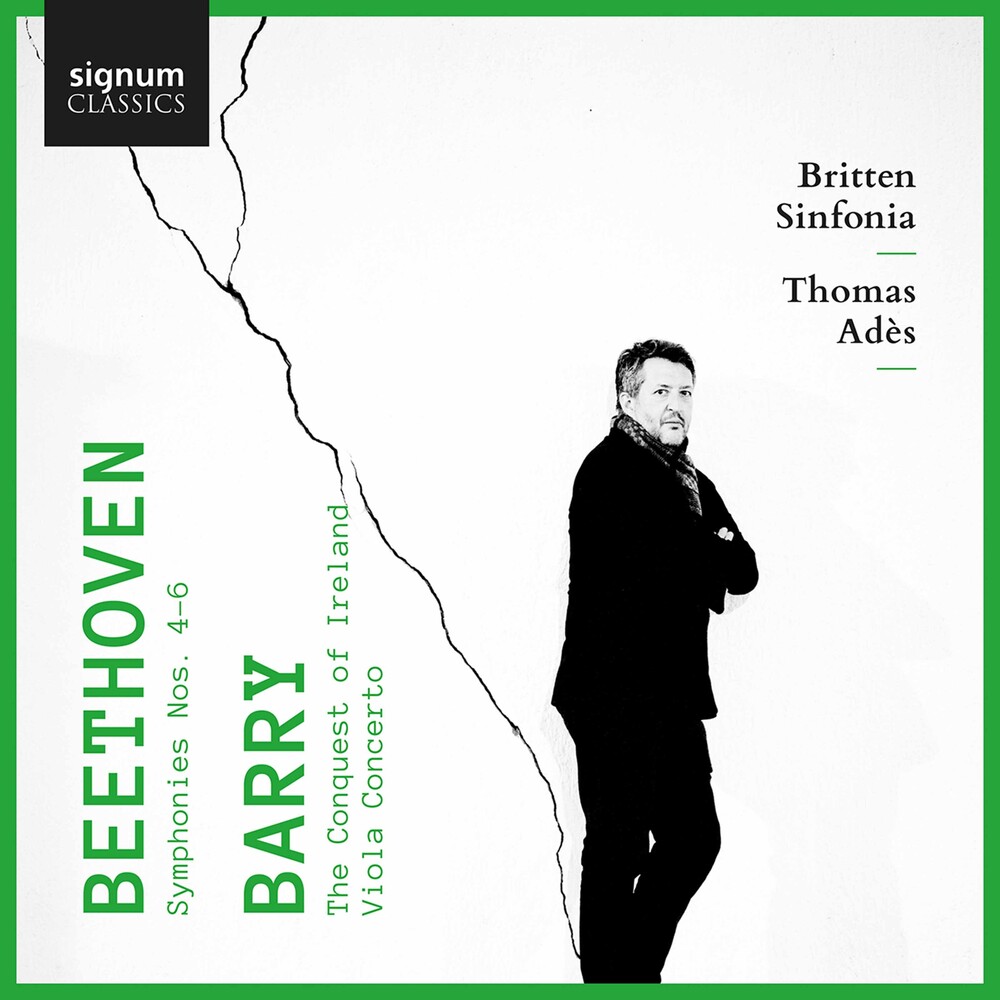 Volume 2 in Thomas Adès and the Britten Sinfonia's collaborative performances of the works of Beethoven and Barry; specifically the Beethoven Symphony Cycle and a selection of Barry's works. This CD features Beethoven's 4th, 5th and 6th symphonies, interspersed with Barry's 'Viola Concerto' (featuring Lawrence Power) and piece for orchestra and bass 'The Conquest of Ireland' (featuring Johsua Bloom). Gerald Barry grew up in rural Ireland. His music shows us how his upbringing had an effect on his compositional style - giving a piece a title such as Beethoven would suggest an attempt at emulating his legacy nearly two centuries after his death. Do not be fooled by this however; his music shows his major influence from radio, moving from the sublime and the ridiculous with carefree abandon. "... The most striking orchestral contribution to this year's anniversary celebrations that's come my way." (Presto Classical) "This set cuts pristine interpretations of Beethoven's early symphonies with Gerald Barry's 21st-century zesty homage... Adès and the Britten Sinfonia present tightly knit performances [of the Beethoven Symphonies], and dynamic subtleties are largely preserved in the concert recordings." (BBC Music Magazine)