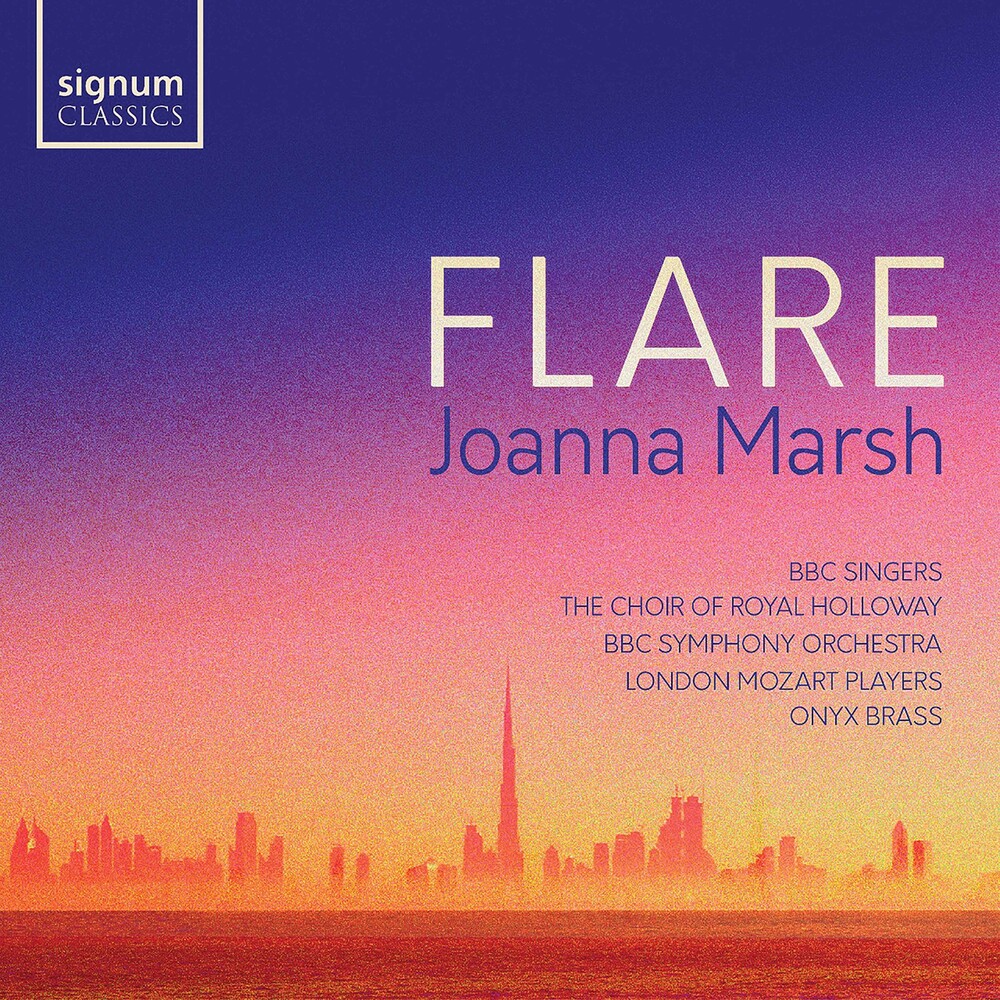 Described in The Guardian (2019) as one of today's leading composers for voice, Joanna Marsh is a British composer who since 2007 has divided her time between Dubai and the UK. For her debut album on Signum, Marsh showcases a collection of works that have been inspired by her life and travels, particularly with the Middle East where she now lives. Her life in the Middle East has lead to many unique musical opportunities including writing an orchestral work to celebrate the building of the Burj Khalifa. Most recently she was commissioned by Dubai Opera to write an orchestral work for the first BBC Proms in Dubai in March 2017. This lead to her writing the 6 minute work Flare, for the BBC Symphony Orchestra, based on a short story called Oil Field, by Saudi writer Mohammed Hasan Alwan. Joanna has been Composer in Residence, at Sidney Sussex College, Cambridge from 2015 through to 2020 and during that time has written a number of choral works for the college choir and the college organ. She is a Co-Founder of Choir Fest Middle East in Dubai, an annual celebration of the region's choral music scene which is reached it's eighth edition in March 2020. She is also Founder and Artistic Director of the Dubai Opera Festival Chorus a large body of singers that was set up for the BBC Proms in Dubai and continues to undertake concert performances of various types across the UAE.