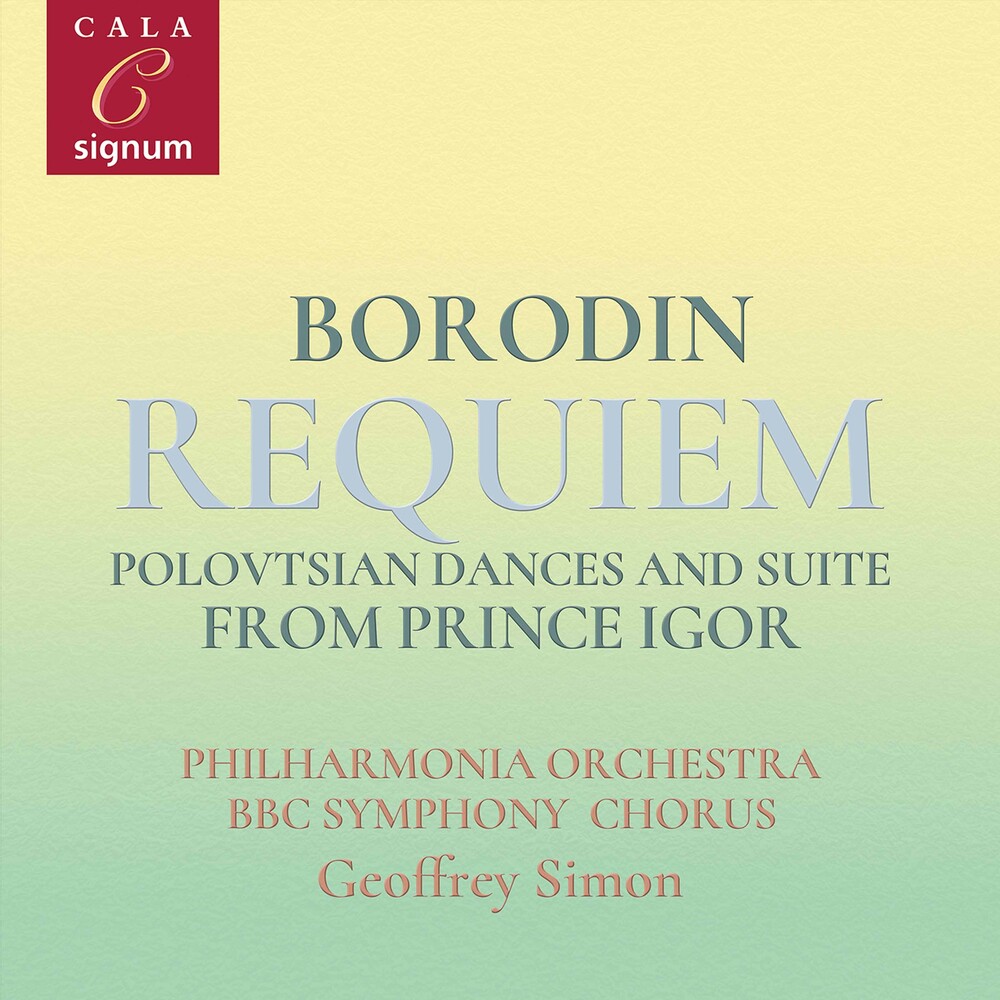 Together with familiar music from Prince Igor, this album features the world premiere recording of the unusual Requiem, (which is based on "Chopsticks"), and Glazunov's orchestration of the charming Petite Suite. Australian conductor Geoffrey Simon is resident in London and has appeared there with the London Philharmonic Orchestra, London Symphony Orchestra, Philharmonia Orchestra, Royal Philharmonic Orchestra, London Chamber Orchestra, London Mozart Players and English Chamber Orchestra. The Philharmonia Orchestra is a British orchestra based in London. It was founded in 1945 by Walter Legge, a classical music record producer for EMI. Among the conductors who worked with the orchestra in it's early years were Richard Strauss, Wilhelm Furtwängler and Arturo Toscanini; of the Philharmonia's younger conductors, the most important to it's development was Herbert von Karajan, who though never formally chief conductor was closely associated with the orchestra in the late 1940s and early 1950s. The Philharmonia became widely regarded as the finest of London's five symphony orchestras in it's first two decades.