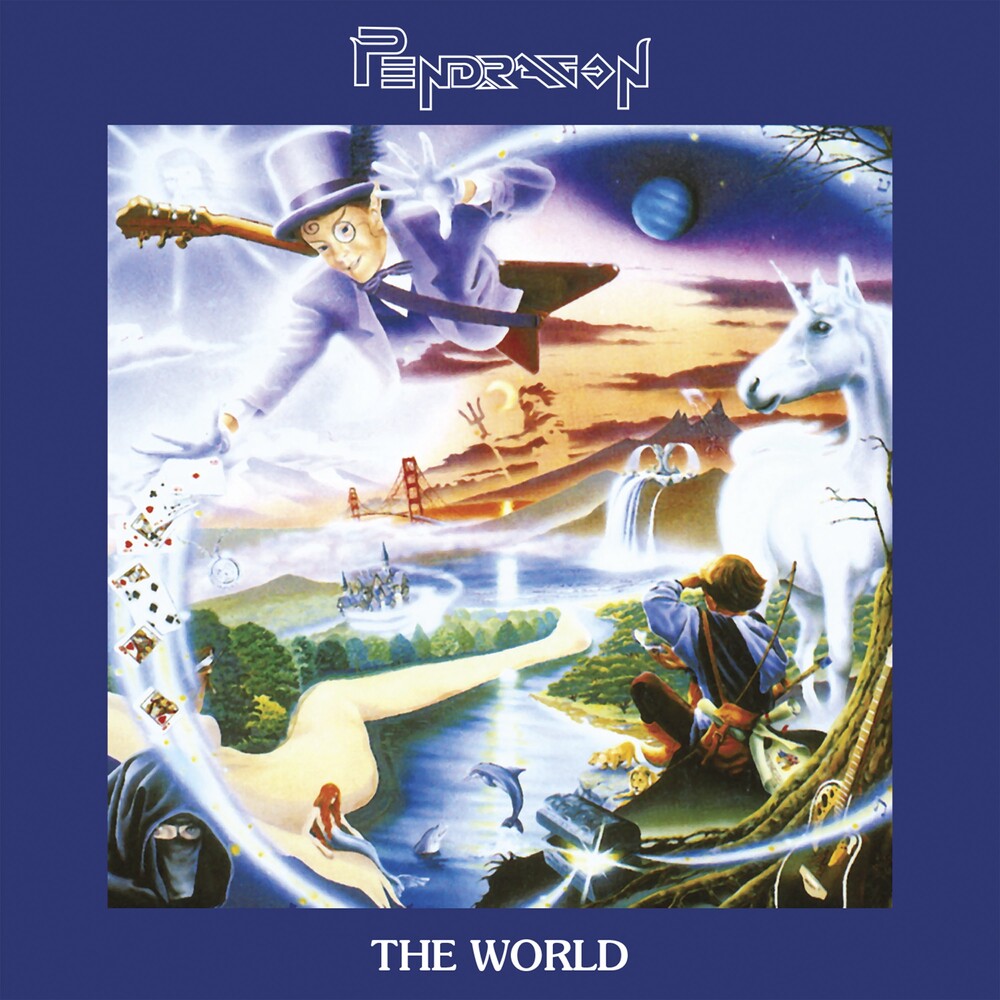 Pendragon formed in 1978 by guitarist and vocalist Nick Barrett and over the past 30-odd years have built up a fanatical fanbase around the world, releasing 10 albums along with countless EP's, live and mini-albums, most of these have been released on their own Toff Records label. Madfish have been releasing new editions of the albums from throughout the band's extensive back catalogue as well as their 2014 new album 'Men Who Climb Mountains' on LP - this series continues with the release of the 1991 album 'The World', the original of which is a highly sought after Pendragon collectors piece. It was this album which saw the band return to a more progressive style that they continued to develop over their next three studio albums - The Window of Life, The Masquerade Overture, and Not Of This World, and features the notable the three part 22 minute opus, "Queen Of Hearts" plus a bonus track not available on the original vinyl release "Sister Bluebird". 'The World' will be available as a wide spine double 140gram LP on black vinyl.