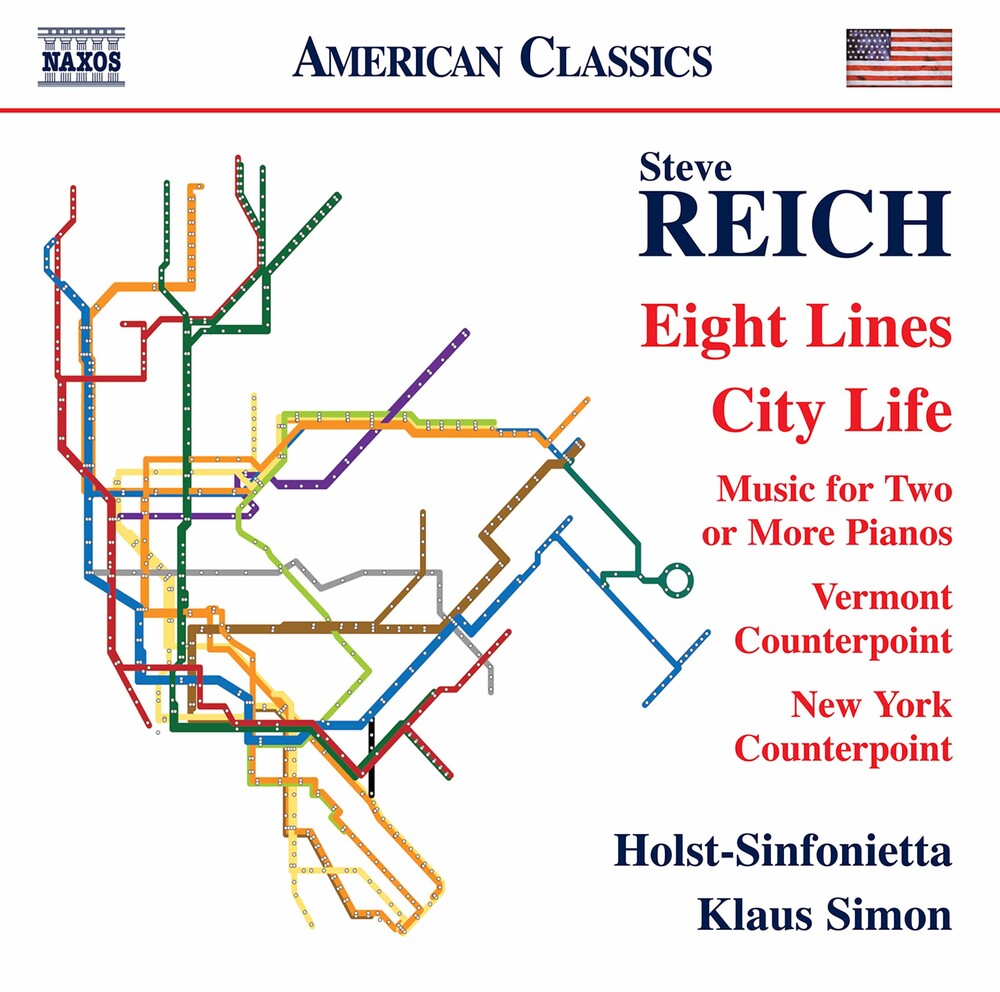 Steve Reich is universally acknowledged as one of the foremost exponents of minimalism, arguably the most significant stylistic trend in late 20th-century music. This chronological survey shows how Reich's innate curiosity has taken his work far beyond such musical boundaries. One of the first fruits of Reich's creative quest is 'Music for Two of More Pianos,' in which the influence of Morton Feldman and jazz pianist Bill Evans can be heard. The rhythmic and flamboyant 'Eight Lines' comes from the true heyday of minimalism, while 'Vermont' and 'New York Counterpoint' both explore webs of phased patterns created by multi-tracked instruments. 'City Life' is a dramatic set of impressions of New York, vividly weaving sampled speech and street sounds into a work with symphonic depth of range and expression.