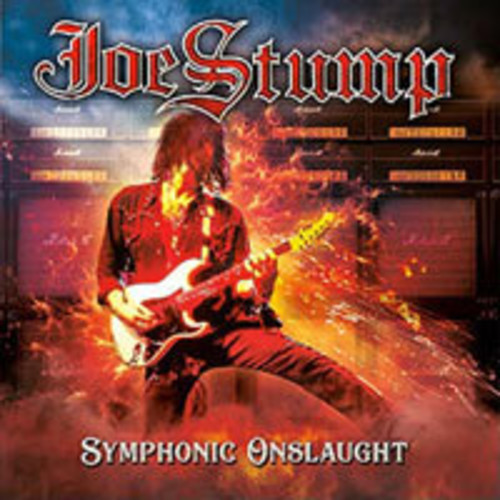 Joe Stump returns with a blistering new solo album just as he announces joining the legendary Alcatrazz with ex-Rainbow/MSG singer Graham Bonnet replacing Yngwie Malmsteen and Steve Vai! The American shred guitar legend returns with his newest effort Symphonic Onslaught which can only be described as one fierce slab of guitar driven metal, the anticipated follow up to his critically acclaimed 2015 release The Dark Lord Rises. Symphonic Onslaught contains everything you've come to expect from a Joe Stump solo release : jaw dropping technical shred guitar pyrotechnics, dark classically influenced compositions containing strong melodies and killer riffs as well as the seamless blending of various schools of hard rock and metal. To those of you in guitar and metal circles Joe Stump should need no introduction. The Shredlord has been raining down full throttle neoclassical/speed metal since Guitar Dominance was released over 25 years ago. He was named by Guitar One as one of the top 10 fastest shredders of all time. By Guitar World as one of the 50 fastest players of all time and by Guitarist magazine as one of the top 20 shredders of all time. Also Joe has just been announced as the new guitarist in the relaunching of Alcatrazz alongside legendary vocalist Graham Bonnet and original keyboard player Jimmy Waldo. A new Alcatrazz studio record as well as a world tour will follow. Symphonic Onslaught marks Joe's 11th solo release and once again the Shredlord continues to raise his game in every aspect.
back to top