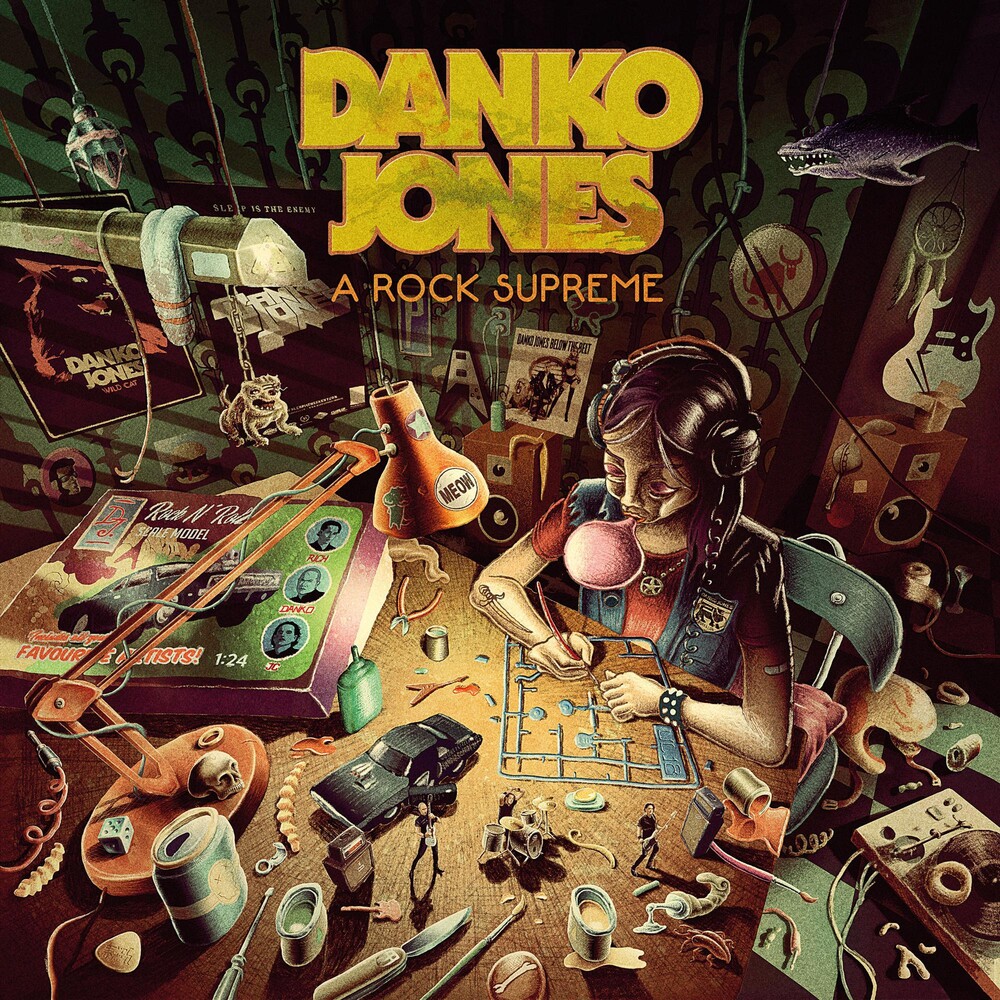 It's long been clear that the Canadian hard rock trio Danko Jones lives and breathes - and even sweats and bleeds - rock n' roll. On the group's new album, the aptly-titled A Rock Supreme, Danko Jones - the man and the band - up the ante considerably from the moment the very first words blast from the speakers: "I'm in a band, and I love it / All I want to do is play my guitar and rock and roll." There's no midlife crisis here, no softening with age, no signs of self-doubt - just 11 fist-pumping (literally, in the case of "Fists Up High") jolts of sonic adrenaline with nary a ballad in sight. "'A Rock Supreme' is the name of our new studio album. There are 11 songs on it, and they're all fantastic," says Jones. "Trust me - we know what we're doing when it comes to hard rock." Produced by GGGarth Richardson (Rage Against The Machine, Red Hot Chili Peppers, Rise Against, Biffy Clyro) and featuring cover artwork by Ulf Lunden (Graveyard, Europe, Bombus).