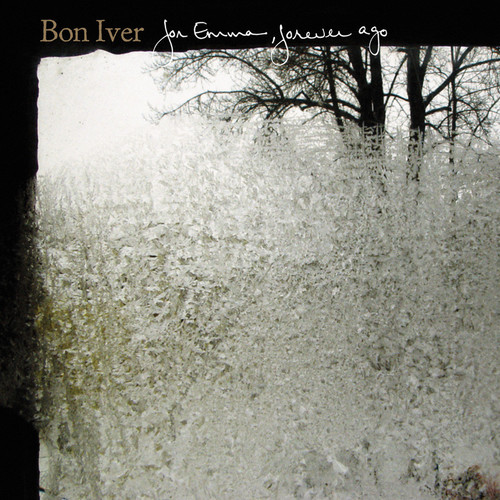 Pronounced "bohn eevair; French for "good winter" and spelled wrong deliberately. This debut is centered around a particular aesthetic; Justin Vernon, the primary force behind Bon Iver, moved to a remote cabin in the woods of Northwestern Wisconsin at the onset of winter, alone for three months. This solitary time fed a bold, uninhibited new musical focus. All his personal trouble, lack of perspective, heartache, longing, love, loss, and guilt that had been stockpiled over the past six years was suddenly purged into song. The NY Times called this record "irresistible", and it was given a "Recommeded" rating by Pitchfork. RIYL: Iron & Wine, M. Ward, and Elliott Smith.

''For Emma, Forever Ago'' is the first album from Wisconsin's Bon Iver. It was self-released in 2007 and received wider release on the Jagjaguwar label in February 2008 (and on the 4AD label in the UK in May 2008). The album was widely acclaimed, receiving spots on critics' end-of-the-year lists, as well as several awards. - Wikipedia