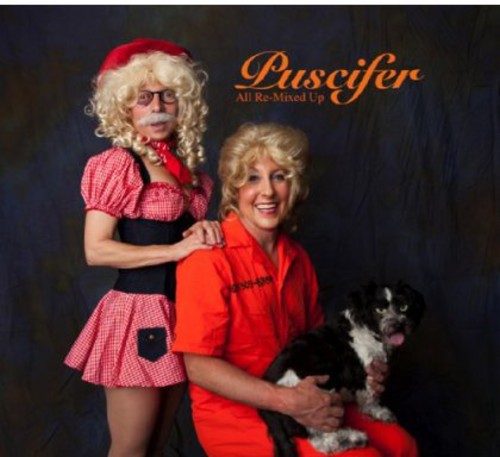 Puscifer, the eclectic electro-rock outfit helmed by Maynard James Keenan (Tool, A Perfect Circle), reimagine the entire concept of a remix album with All Re-Mixed Up, a track-by-track reimagining of the band's sophomore release Conditions of My Parole. ''All Re-Mixed Up is the continuation of the Puscifer tradition to release alternate versions, reworks and remixes of what we consider initial thoughts,'' explains Keenan and he went on to explain that he and co-producer Mat Mitchell asked the invited remixers to imagine the original versions as songs half written and to ''write the other half.'' Re-mixers include a wide range of artists from the rump-loving Sir Mix-A-Lot, 4AD alumni John Fryer (This Mortal Coil), to heavy music stalwarts Alain Johannes (Queens of the Stone Age) and PALMS (Deftones/ISIS) alongside core Puscifer members Mat Mitchell, Carina Round and The Beta Machine (Jeff Friedl and Matt McJunkins).