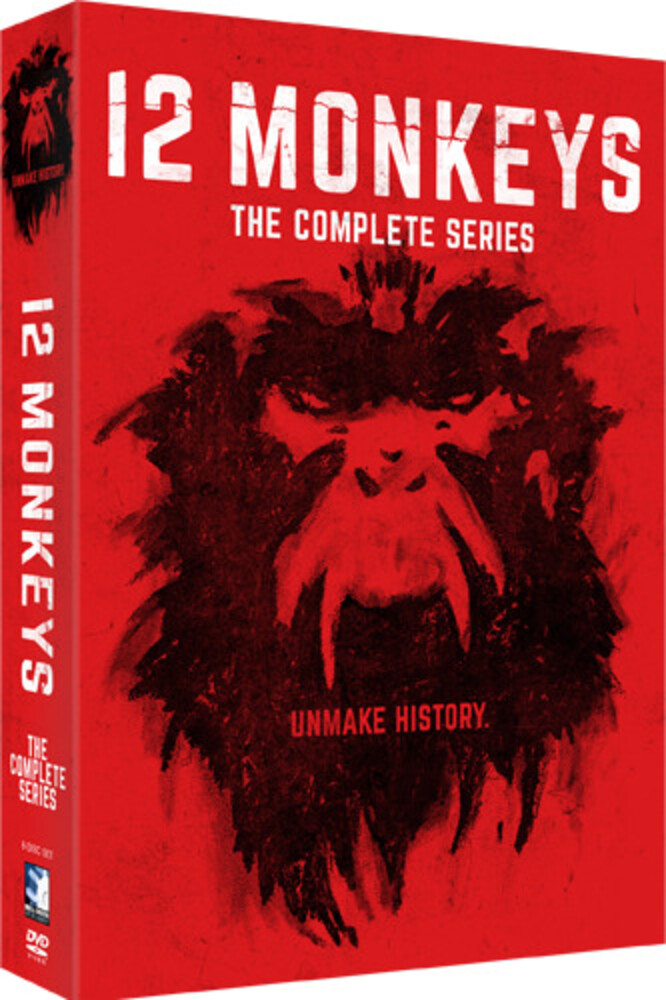 Based on the hit film, this dark and gritty 2015-2018 Syfy series follows James Cole (Aaron Stanford) as he travels back in time from the year 2043. In the present, he must prevent a future where a mysterious organization called "The Army of the Twelve Monkeys" releases a deadly virus that wipes out over 90% of the world's population. Helping James in his life-or-death mission are virologist Dr. Cassandra Railly (Amanda Schull) and math whiz Jennifer Goines (Emily Hampshire). With Kirk Acevedo, Noah Bean.47 episodes on 8 discs. 34 3/4 hrs. Widescreen; Soundtrack: English.