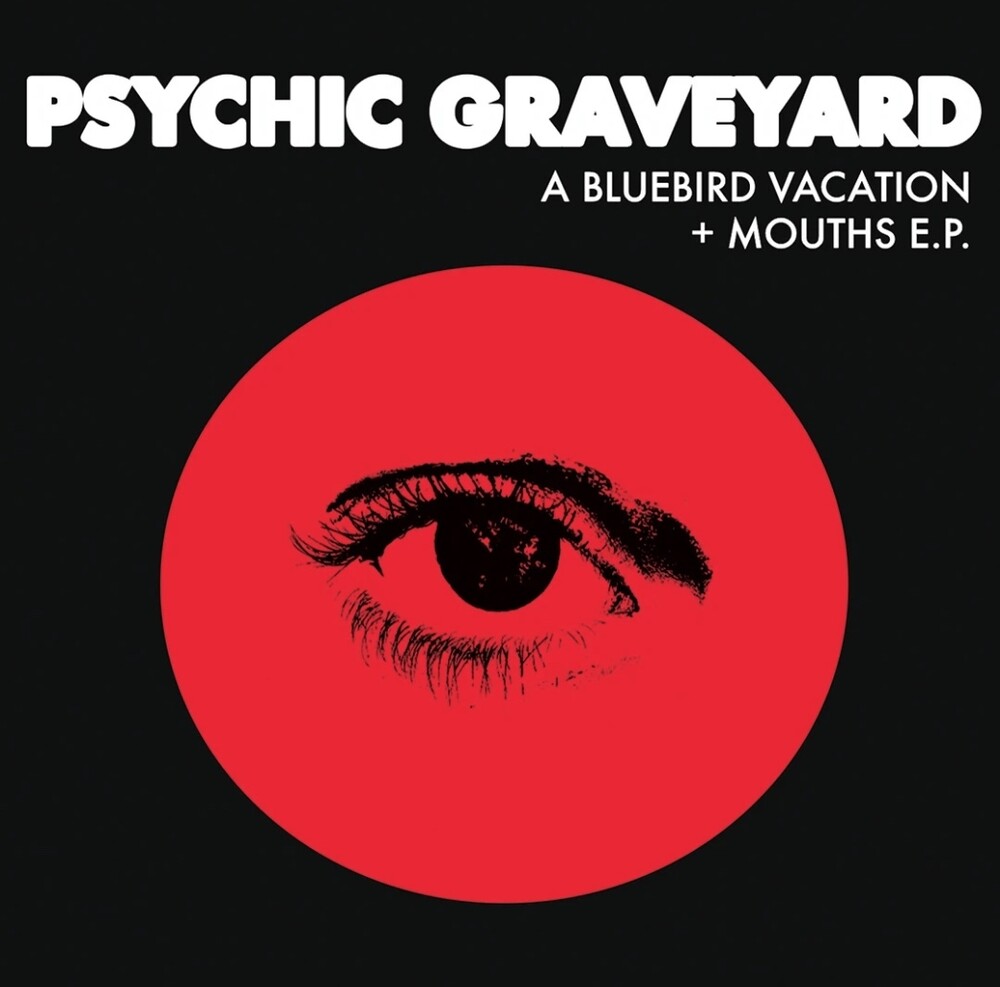 Combines all the tracks from Psychic Graveyard's 'A Bluebird Vacation' (first time on CD) album and their 'Mouths E.P.' (first time on any physical format). Packaged in digipak cases.Â  A Bluebird Vacation: The sound of fireworks used as a musical instrument on 'A Bluebird Vacation' perfectly symbolizes the range of powers Psychic Graveyard wields. Pretty and enthusiastic if they want, but if they choose to get in your face, the sound of celebration becomes one of pain. Interweaving field recordings like, and other non-traditional instruments into their distinctive style of rhythmic meanness, Psychic Graveyard find themselves in new territory. Very few tracks include guitars at all. The results work hand in hand with the lyrics addressing very personal experiences with mental illness, anti-depressants and benzodiazepines, and the difficulty of helping family going through their own challenges. These sounds don't blindly spin into despair nor foolishly claim that overcoming just requires finding the right vocal melody. These songs are as messy as life itself, in all it's stupid beauty.Â  Psychic Graveyard's members previously played in the bands Arab on Radar, Some Girls, All Leather, Chinese Stars and more. This is their second album and was produced with Seth Manchester (Lingua Ignota, Lightning Bolt, Daughters). Vinyl, cassette, and digital are on pre-sale now via Deathbomb Arc (with distribution from Fat Beats).Â  Mouths: While unraveling in quarantine, Psychic Graveyard decided to write some songs as a way to soothe their dissonant psyches. Because the band were all in isolation they had limited access to equipment. To construct these songs they relied on a Moog Rogue, field recordings, Roland TR-808 drum machine, and some old recorded drum beats and guitar lines that had never made it on to an album.