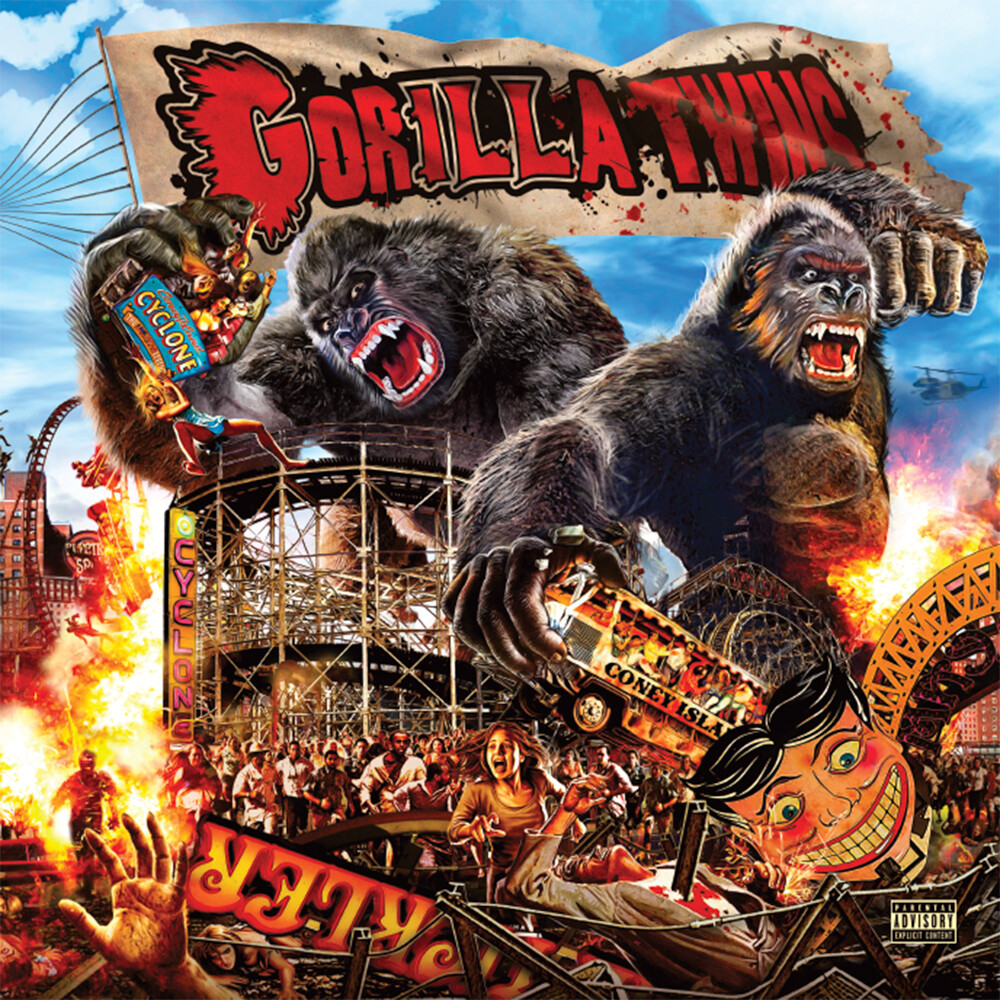 When you take two beasts on the mic repping Brooklyn neighborhoods Canarsie and Coney Island, you end up with a pair of gorillas. Gorilla Twins to be exact. Comprised of ILL BILL and NEMS, the two have long been paving their way within the Hip Hop landscape. BILL with his solo career and group affiliations (La Coka Nostra, Non Phixion & Heavy Metal Kings) and NEMS with his FYL brand as well as dominating the battle circuit. Just this past year alone has shown growth and success with the release of ILL BILL & Stu Bangas "Cannibal Hulk" and NEMS & Jazzsoon's "Gorilla Monsoon" albums which are both some of their best work to date. The new "Gorilla Twins" album is no different. Banging beats from the likes of Scram Jones, Stu Bangas, ILL BILL and more as well as features from Immortal Technique, Vinnie Paz, D.V. Alias Khryst and Lord Goat. PROUDLY DISTRIBUTED