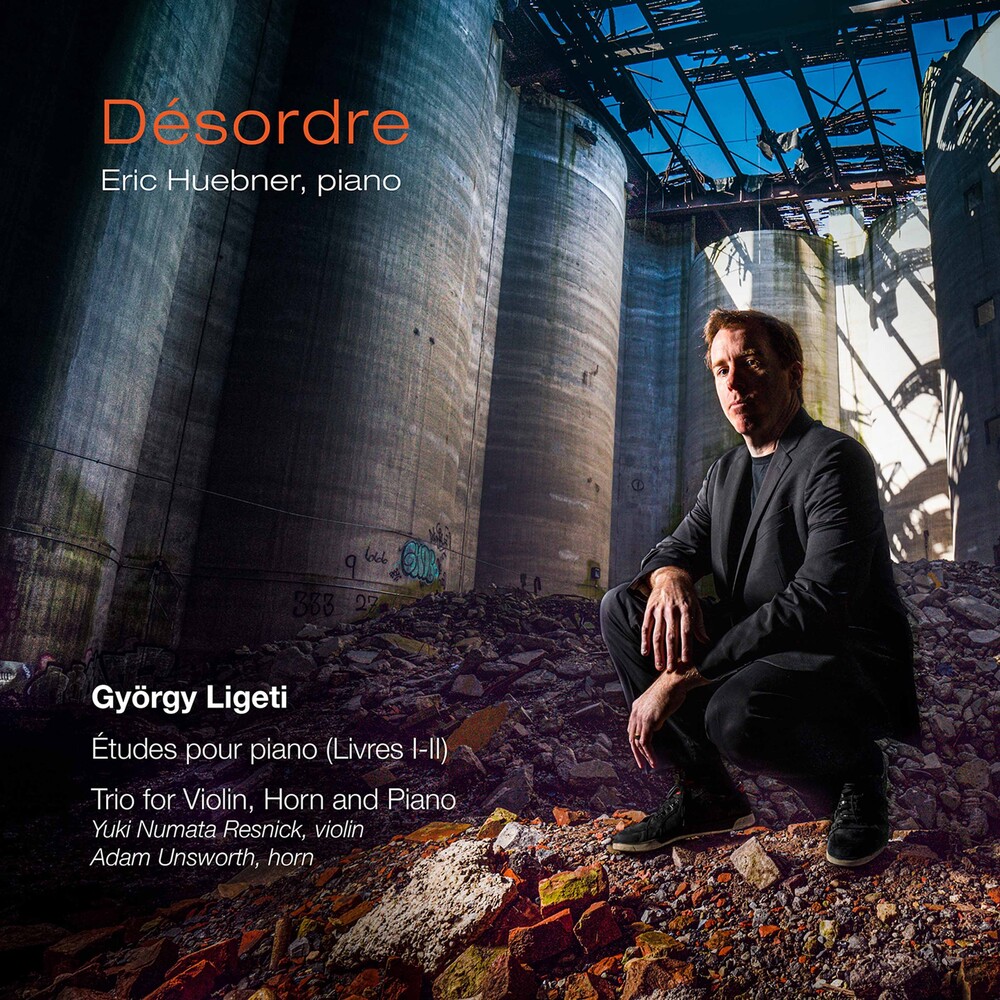 Critically acclaimed pianist Eric Huebner releases his performance of György Ligeti's famous etudes alongside his iconic Trio for Violin, Horn, and Piano with colleagues Yuki Numata Resnick and Adam Unsworth. Ligeti's attraction to stylistic influences from across the spectrum, including non-Western music cultures, while preserving a Hungarian core to his aesthetic, is apparent in Huebner's dynamic performances of these remarkable works. Pianist Eric Huebner has drawn worldwide acclaim for his performances of new and traditional music since making his debut with the Los Angeles Philharmonic at age 17. In January 2012, he was appointed pianist of the New York Philharmonic and currently holds the Anna-Maria and Stephen Kellen Piano Chair. He has been featured in orchestral works by Lindberg, Stravinsky, Ives, Milhaud, Carter and R. Strauss among others and regularly appears in chamber music performances with musicians from the Philharmonic at New York City's Merkin Hall and elsewhere.