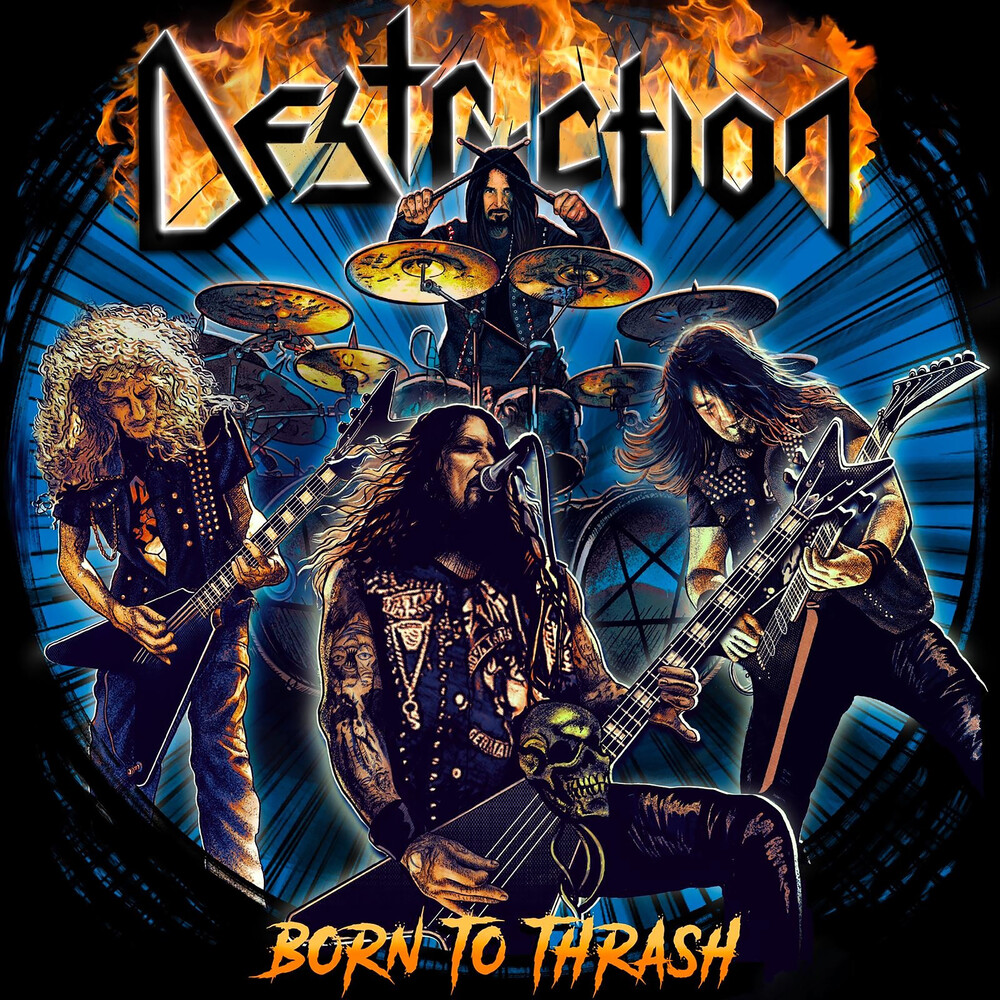 For fans of Kreator, Sodum, Overkill, Slayer & Thrash Metal! Last year, German thrash metal veterans DESTRUCTION played a spectacular show at the country's Party. San Metal Open Air festival. Fortunately, for everyone who wasn't able to attend, the thrash heroes recorded this metal party - and now that the COVID-19 pandemic has crippled the whole touring industry, the time has come to share this memory from a gorgeous show: DESTRUCTION's live album, "Born To Thrash - Live In Germany", will be released on CD along with accompanying DVD with live performance from the Party. San Metal Open Air festival and other bonus material. DESTRUCTION frontman Schmier comments: "We recorded this special show on the release weekend of our 'Born To Perish' record last year, at Germany's awesome Party. San festival. We had the very spontaneous idea to do a live album in these difficult times, where the fans and us bands are longing for concerts. This might help us a bit to keep the spirit, bring us some joy and great memories back. This is also the first live record of DESTRUCTION as a four-piece since the legendary 'Live Without Sense' album. "The current lineup is the strongest we ever had - and, of course, his shows best on a live stage! We have kept it raw and authentic and hope our fans will enjoy this atmospheric highlight of our last concert season as much as we did while thrashing on stage. " Destruction is a German thrash metal band, formed in 1982. They are often credited as one of the "Big Four" of the German thrash metal scene, the others being Kreator, Sodom and Tankard. Destruction was part of the second wave of thrash metal in the late 1980s, along with American bands Testament, Sacred Reich and Death Angel.