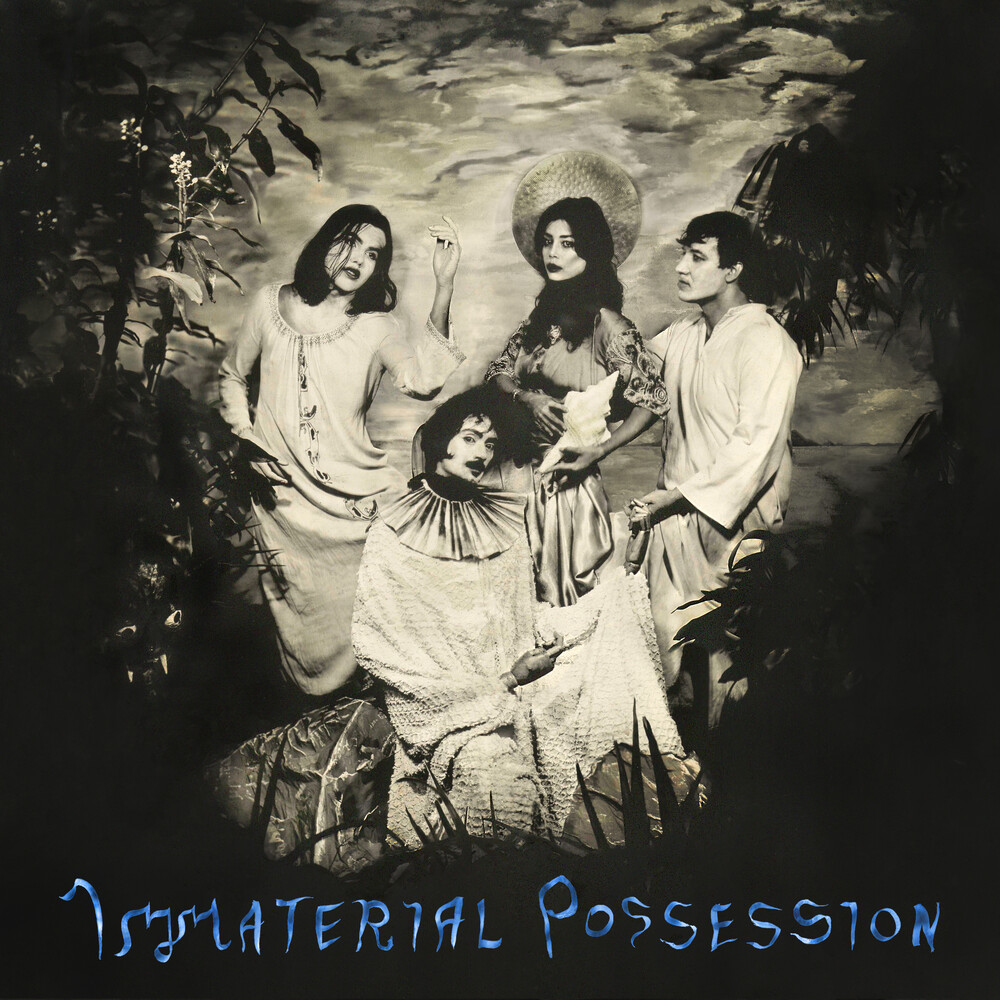 Immaterial Possession was conceived by Atlanta natives, Cooper Holmes and Madeline Polites, whom share a history of the underground DIY Atlanta music, theater, and arts scene. The duo moved to Athens, GA and was soon granted the seasoned drummer, John Spiegel, and eventually fulfilled with Kiran Jeremy Fernandes (keyboards, clarinets, flutes)- descendant of Elephant 6's beloved John Fernandes (Circulatory System, Olivia Tremor Control, Cloud Recordings). All members bring forth a spectral hue unique to the ear- with Holmes' dark and driving punk-rooted base interwoven with Spiegel's vast repertoire of drumming artistry and sacral ardor. Polites, inspired by the musical scales of the Greeks and Spanish, weaves from her haunting bedroom classical guitar and transposes to a grittier electric. Fernandes' hands dance fearlessly along the keyboard as well as clarinet, offering windows into far away eastern lands as a light in the looming darkness. The group's vocal charm is shared by both Holmes and Polites, tying the dynamic of the band into an intricate bow- sometimes in relatable rawness, other times by billowing operatic impulses. All together they create a sort of entrancement exclaimed as distinctly rare.