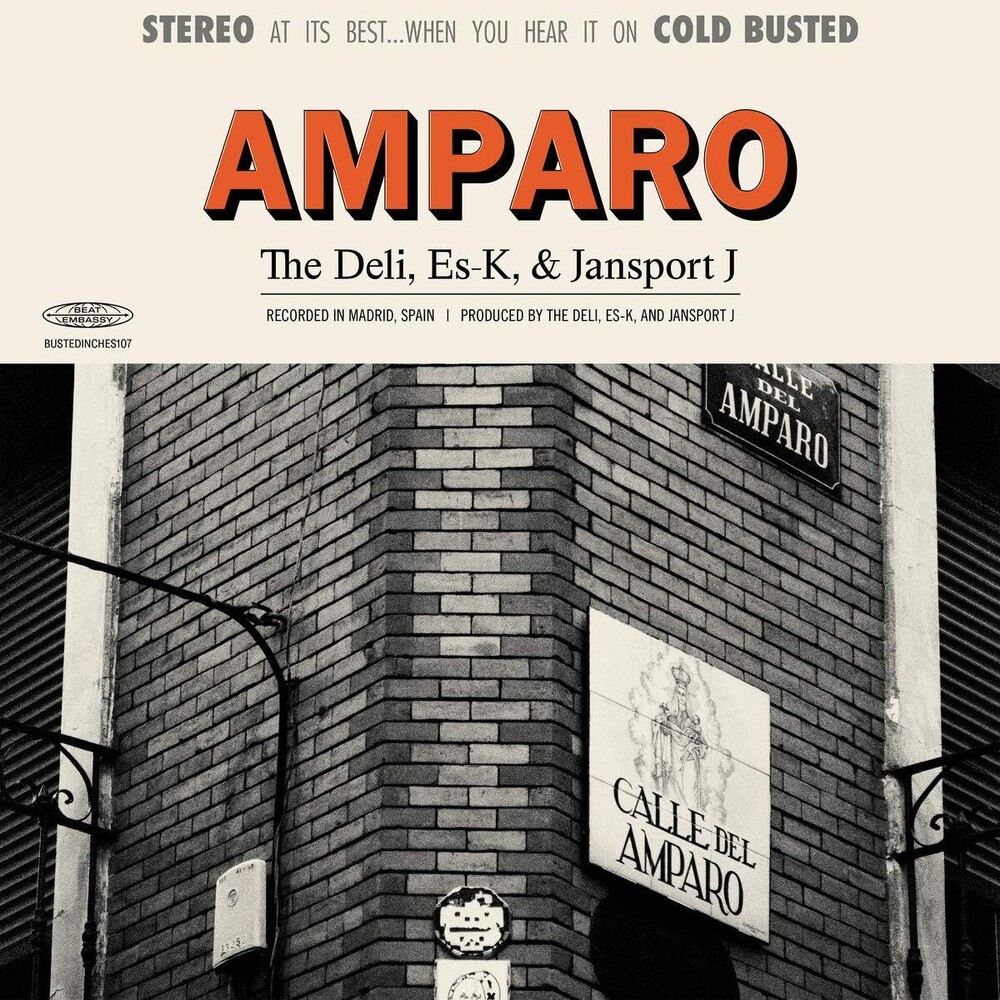 Reinforcing the global nature of the hip hop community, Cold Busted fam The Deli, Es-K, and Jansport J met in Madrid, Spain, to record an ambitious new project. Convening for the occasion of a Spanish release party for the Es-K album ReCollection, a studio and temporary home was constructed, the 'Beat Embassy' brand was formed, and the work began. Inspiration was rampant - collaborations with local MCs and curious visitors added weight to the project as creatives from around the world unified to create shared art. The result is the album Amparo.  The crew spent their days exploring Madrid, making new friends, setting up shows and appearances, and recording the sounds of the city. At night, work commenced in the makeshift studio as Amparo came together. Guests were invited to visit and join in the process, and they came from all over the world. Appearing on the album are Odyssee (France), Maple Syrup (Russia), Gadget (UK), saib. (Morocco / Germany), Slim Jeff (USA), Wezt MAAD (Spain), and Jay BNDCKS (USA). And the city of Madrid is a featured guest, as well. Every song contains sounds and energy from Spain.  The combination of the creative environment and all this talent yielded a fascinating and immersive album. The spirit of experimentation is palpable, found on tracks like the cosmic jazz workout "Inner Space Travel," the expressive sample-constructions of "Caña," and the wistful sonic time travel of "Madrid3am." Amparo is chock-full of vibes, and the collective journey of The Deli, Es-K, and Jansport J rings true. And it sets the table for future international excursions - the Beat Embassy plans to assemble for another recording session in parts unknown.