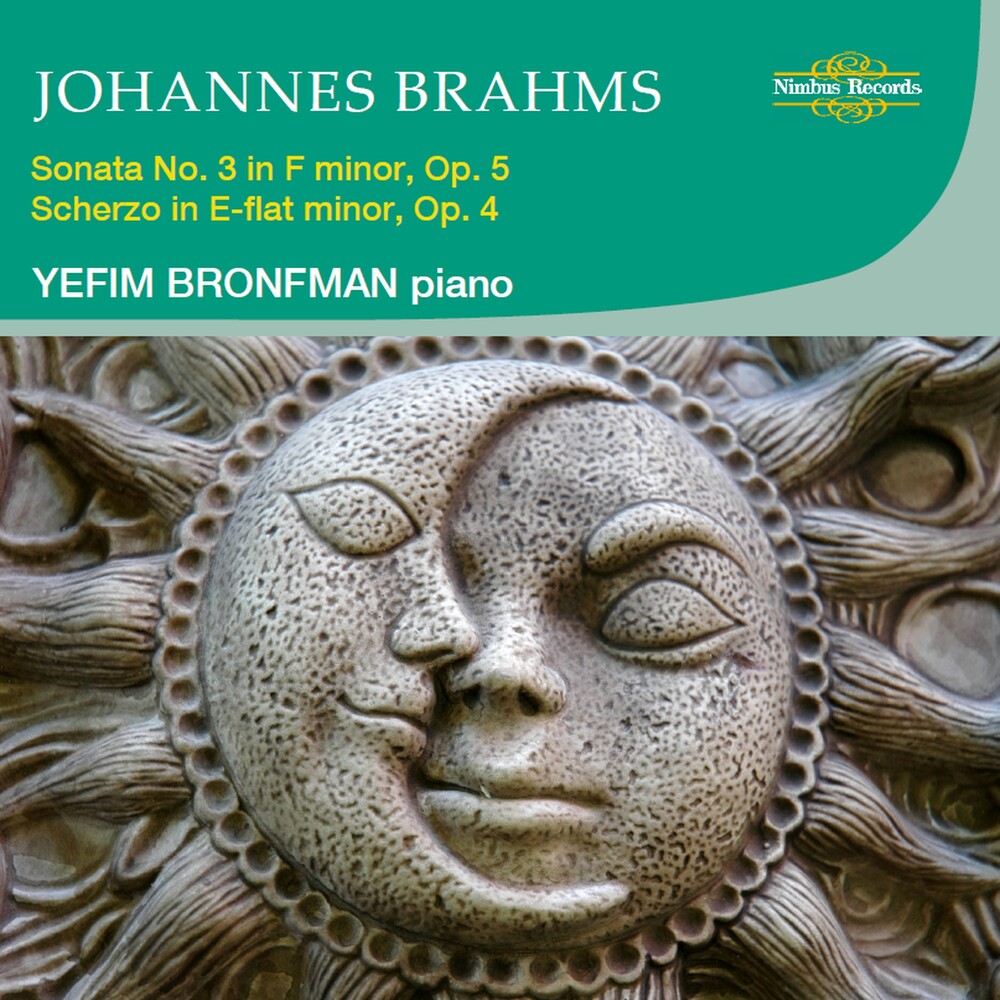 Johannes Brahms began his musical life studying the piano, and his earliest, truly great compositions were solo piano works, both presented here. The Scherzo in E-flat minor, Op. 4, is the earliest surviving composition by Brahms. He wrote it in November 1851 when he was 18. He published it as Op. 4, rather than Op. 1, because, he explained to a friend, "when one shows one's self for the first time, people must first see the head and not the feet." Musical scholars feel that, despite the composer's denial, it obviously shows a "dependence" on Chopin's scherzi, and quotes from Heinrich Marschner's Hans Heiling at bar 46 as well. Is certain that Brahms had composed the Scherzo of the F minor Piano Sonata in November 1852, before meeting Schumann and Liszt, but the same scholars feel bars 105 through 111 of this Scherzo unmistakably show the influence of Liszt's music with "striking parallels." The Sonata was completed just after Brahms' visit with Schumann, and it would be easy for us to see Schumann's influence in retrospect. Internationally recognized as one of today's most acclaimed and admired pianists, Yefim Bronfman stands among a handful of artists regularly sought by festivals, orchestras, conductors and recital series. His commanding technique, power and exceptional lyrical gifts are consistently acknowledged by the press and audiences alike.