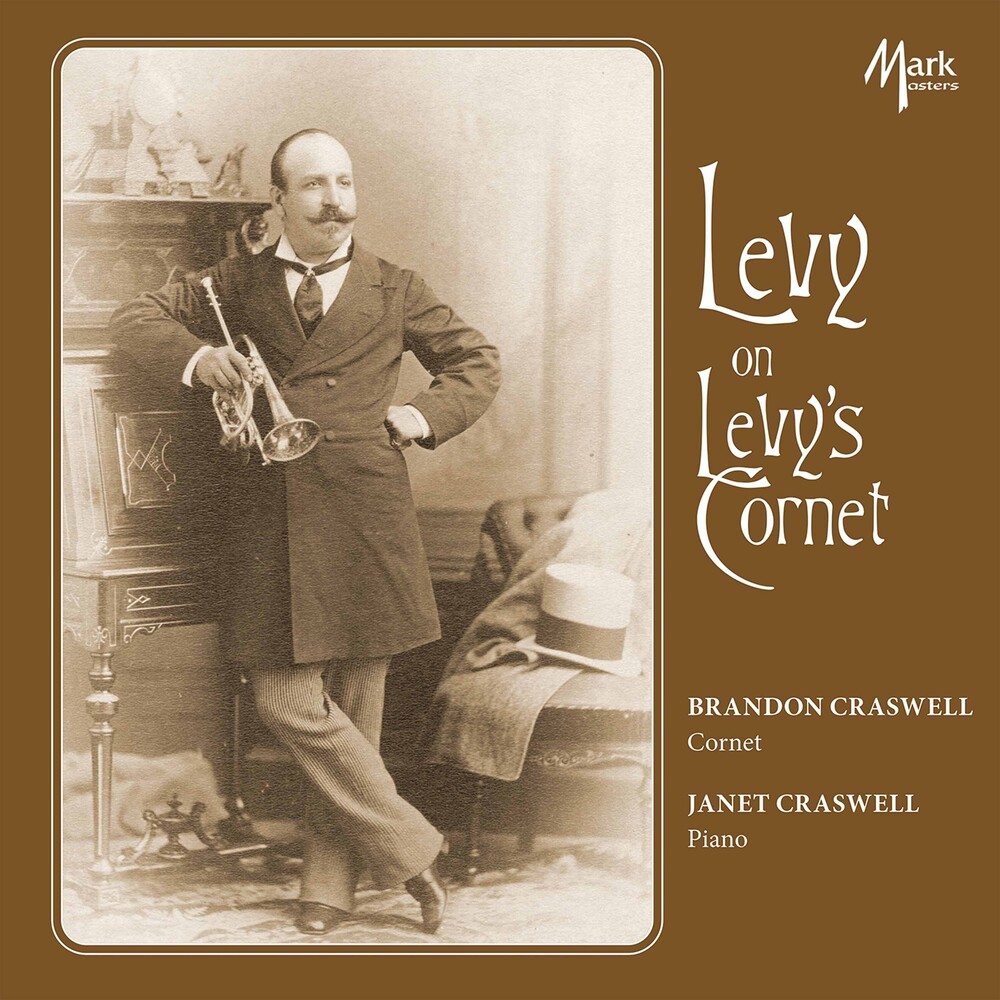 Brandon Craswell writes: "Having the opportunity to record this album on Jules Levy's own cornet was both an honor and a challenge. The honor speaks for itself, as of course Levy was one of the all-time great cornetists. His Grand Russian Fantasia is a piece I have known since my high school days, though I never imagined that one day I would be recording it on Levy's own cornet! While the honor of playing the instrument certainly outweighed the challenges, there were several obstacles I faced when performing on this instrument. Perhaps the greatest challenge was gaining familiarity and comfort in playing on the cornet pitched in A. Most modern-day cornets are almost always pitched in B-flat, or occasionally C for orchestral needs, but rarely do we see cornets pitched in A. In adapting to the A side, one of the biggest struggles was locking down solid pitch. We discovered the pitch was still slightly sharp even when the lead pipe was pulled out in it's entirety, so we utilized a small mouthpiece extension to help center the pitch. The horn itself plays very well. It has a sweet and mellow sound, but it is also capable of brilliance when needed. The cornet is in excellent condition and is beautiful to look at with it's ornate engravings. For the recording, I used a modern cornet mouthpiece made by Peter Pickett."