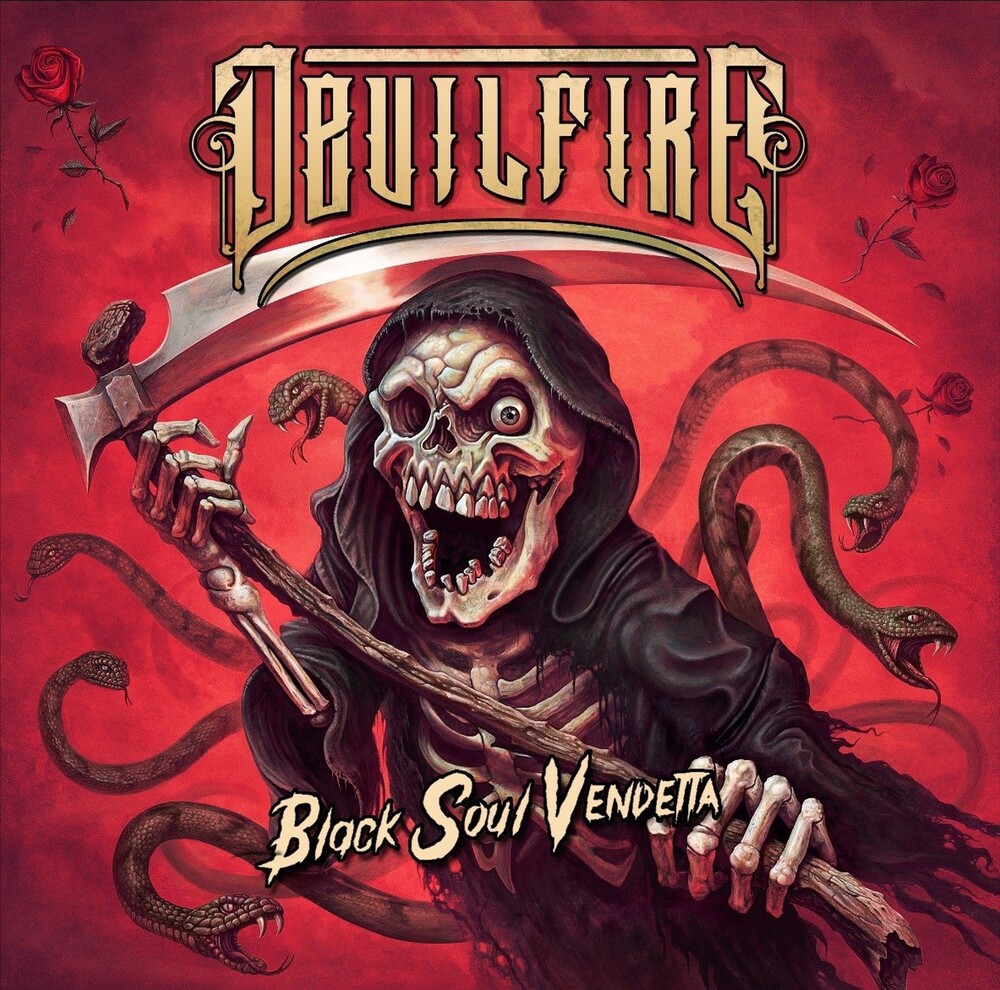 Dark melodic hard rock quintet, DEVILFIRE, are delighted to announce the details of a brand-new album. BLACK SOUL VENDETTA features 13 new songs, including the hit-singles, DREAM EVIL and CHASING THE PAIN, a collaboration with former Slash and Alice Cooper vocalist, Eric Dover. Chasing The Pain recently won the public vote on Classic Rock Magazine's Tracks Of The Week, earning over 50% of the votes cast. Devilfire are a 5-piece hard melodic rock engine from Birmingham, England formed off the back of an early studio session between long term friends, Alex Cooper (producer) and drummer, Lars Wickett. Their working project, then known as Devilstar, took 3 years to gestate before things fell into place on a lengthy tour of Eastern Europe as guests to Tarja Turunen. That tour cemented a growing reputation as a live force and what followed was the undeniable power of their debut album, Dark Manoeuvres, released in 2017 to high acclaim. Dark Manoeuvres was followed up with sold-out live dates before the release of a short-run EP Out Of The Dark to placate fans' demands for further material. Now, with the announcement of their new full-length album Black Soul Vendetta they are again ready to take on the world.