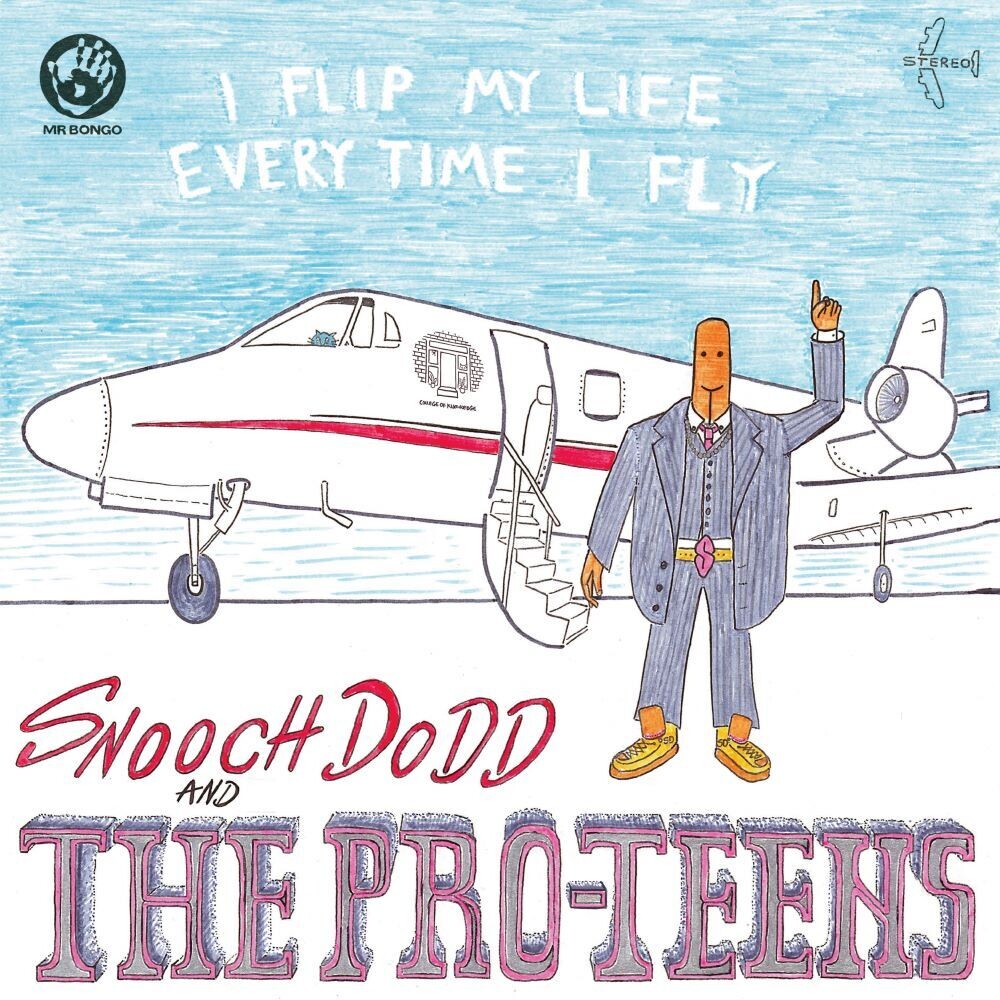 Within Melbourne's burgeoning cinematic-soul scene, which includes breakout acts Surprise Chef and Karate Boogaloo, mysteriously sit The Pro-Teens. Helmed by prolific drummer and percussionist Hudson Whitlock, who also plays in both aforementioned bands, this breakaway studio project involves an interchangeable collective of incognito, Melbourne-based, esteemed instrumentalists playing under outlandish pseudonyms such as "'Dead Honest' Dean Amazing" and "Libby Clique-Baite". Symbolically led by keyboardist "Snooch Dodd", new album 'I Flip My Life Every Time I Fly' is the latest musical concoction from Whitlock's eccentric brain, marrying the soul/funk roots of sample culture with the principles of boom-bap hip hop.Incorporating the colourful comic book stylings of MF DOOM and Kool Keith, or the dark and exotic flavours of Gravediggaz and The Wu-Tang Clan, The Pro-Teens also take cues from their composing heroes Galt MacDermot, Richard Evans and Marc Moulin. The Pro-Teens bop, zip, whip and fling on this phantasmagorical journey - an unorthodox patchwork of cinematic soul, hip hop-guided funk breaks, vivid instrumental textures and film score-esque moods. The Pro-Teens work on the same analogue recording model adopted by the tight-knit College Of Knowledge label, self-recorded and produced with the rag-tag crew of musicians putting tracks down live to tape in crammed attic studios and sharehouse recording spaces.The first limited pressing of 'I Flip My Life Every Time I Fly' was released on the 'College Of Knowledge' imprint in late 2020. It was one of the highlights of the year at Mr Bongo HQ who loved the concept and felt this tripped out masterpiece from Melbourne needed to be heard well beyond those lucky enough to have bagged those limited first copies.