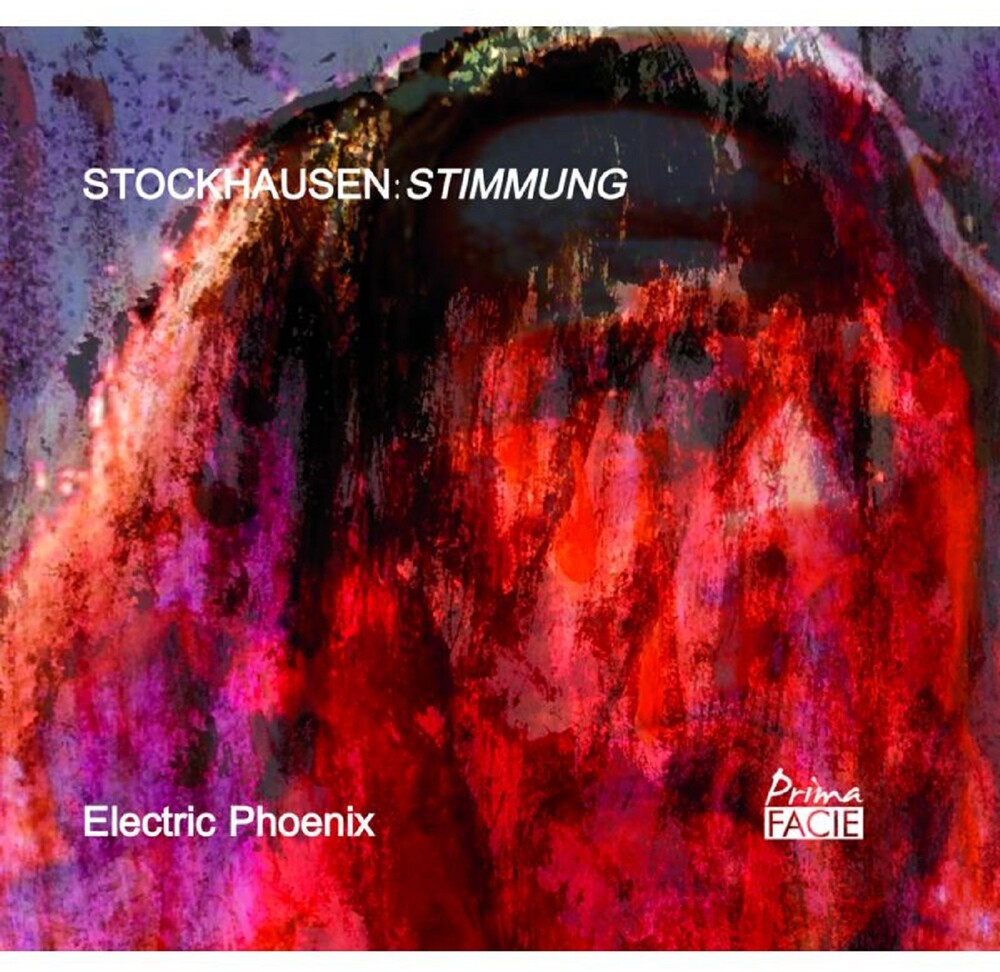 Stimmung is a piece by Karlheinz Stockhausen, written in 1968. It's average length is seventy-four minutes, and it bears the work number 24 in the composer's catalogue. It is a tonal, and yet also a serial composition. This disc is a must for admirers of Karlheinz Stockhausen and his innovative way of composing - superbly performed by Electric Phoenix. The German word Stimmung has several meanings, including "tuning" and "mood". The word is the noun formed from the verb stimmen, which means "to harmonize, to be correct", and related to Stimme (voice). The primary sense of the title "implies not only the outward tuning of voices or instruments, but also the inward tuning of one's soul"The version on this disc is performed by the legendary Electric Phoenix. Daryl Runswick integral member of the group writes:"Improvised? - yes, though within strict guidelines laid down by the composer. There are 51 sections - Stockhausen calls them 'models' - each led by one of the six singers, and Stockhausen always prescribes which singer comes next. He does not, however, prescribe what music they sing. Sure enough, he has composed the 51 models - very loosely, allowing for improvisation - but the current lead singer is to choose, in real time during performance, which one to do. When a particular lead singer begins her or his chosen model the others have to recognise it and join in. When the lead singer feels this model has gone on long enough she or he hands over to the next lead singer and the music slowly transforms into the next model. When all the models have been sung the piece ends. If the singers happen to be feeling particularly laid-back this could be after some hours. Stockhausen intended Stimmung to be done from memory without scores as a sort of sacramental game. Indeed there is no score, just a wad of unbound sheets containing the 51 models, some erotic poems written by Stockhausen and the names of 77 gods from world religions. The poems are given to specific singers but the gods' names can be inserted ad lib by any singer who wants to, and when a name is called the other singers have to modify what they are doing to incorporate the sound of the god's name: all this while chanting a single chord with overtone singing. Performing Stimmung is indeed like playing a game, with amusement and sometimes even hilarity at the unexpected things that turn up. You can be singing a sweet, slow chant when suddenly someone shouts COATLICUĂ‰! at you (track 5 on this recording) and you have to absorb that into what you're singing, days of the week, all sorts of seemingly unconnected but curiously apposite interjections. But when all's said and done Stimmung is nothing more than a very long drone on a chord of B-flat nine. Six notes. After one performance in Aberdeen, Scotland, a reviewer wrote, 'Listening to Stimmung is like staring at a brick wall for more than an hour: but how fascinating each brick becomes. "