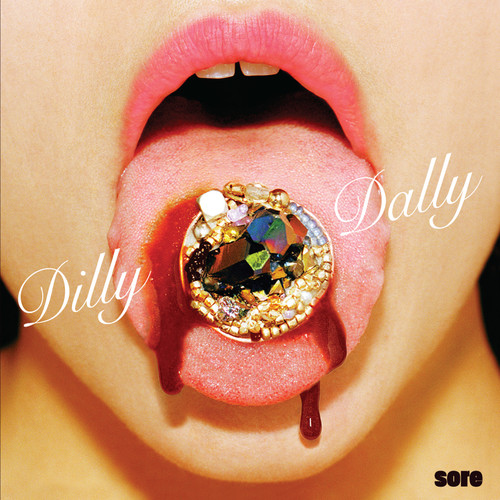 Dilly Dally began as a teenage dream shared by Katie Monks and Liz Ball. The two shared a love for dreamy, grungy guitars, epic pop ballads, and began writing music together in their Toronto apartment. In spring 2014, Dilly Dally self-­released their first single, entitled ‘Next Gold.’ The song has since received praise from Pitchfork, NME, and Brooklyn Vegan. It came from a collection of material the band recorded with producers Leon Taheny (Owen Pallett, Austra) and Josh Korody (Fucked Up, Greys) at Candle Studios. That October, the band released a 7” single “Candy Mountain/Green” through Fat Possum/Buzz Records.

It’s taken a few years for the band to fall into itself with the right people, but with the addition of Benjamin Reinhartz (drums) and Jimmy Tony (bass) joined this year, their live sound has never been more energetic and in April this year the band released another song - the raw, unkempt 'Gender Role'. Dilly Dally is currently at work on their first full length record, scheduled for release in the Fall of 2015. "Recalls the Strokes at their best: it seems as if anything could happen, but they’ve got everything under control” - Pitchfork