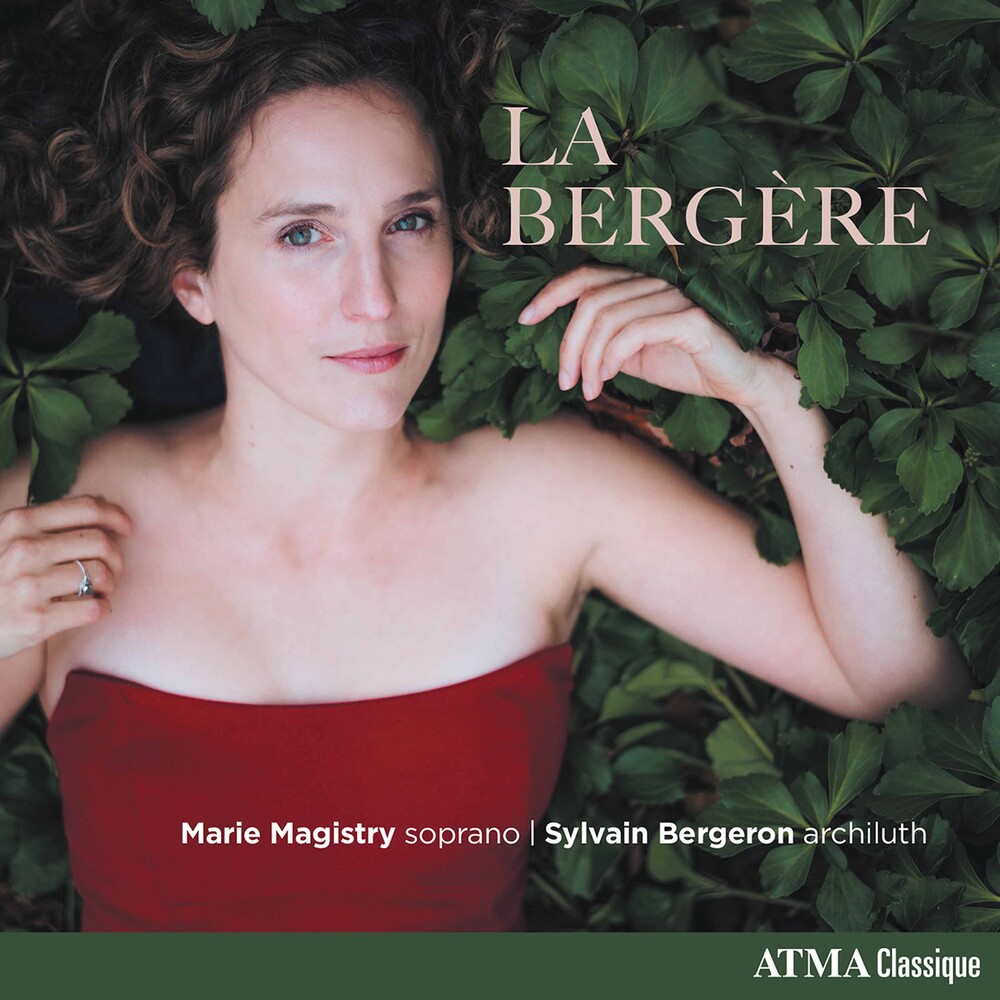 With her debut recording, La bergĂ¨re, soprano Marie Magistry evokes the charm of the 17th century French "air de cour". Pastoral in mood, these airs were set to poetry that was gallant, elegiac, plaintive, spiritual, or gently erotic. Accompanied by Sylvain Bergeron on the archlute, along with some of the finest baroque musicians in Montreal, Magistry feels an affinity for this music., "The court aria is one of my first loves! We met during my McGill University years and it was love at first sight." Renowned for her musical intelligence and refined artistry, soprano Marie Magistry has earned a solid reputation as a sought-after performer on the Canadian music scene. Her round, clear tone is well suited to a wide range of repertoire, and she is particularly admired for her interpretations of music from the Baroque and Renaissance eras. Co-founder of vocal ensemble Meslanges, Magistry spearheads inspiring projects, both as a soloist and chamber musician, and has appeared in a number of renowned concert series and festivals. Considered "a supremely refined, elegant and cerebral musician" (Ottawa Citizen), Sylvain Bergeron is a master of the lute and associated family of plucked instruments, including the theorbo, archlute and baroque guitar. He is in great demand on the North American music scene as a soloist and continuist. Bergeron is one of the pioneers of early music in Canada and has helped establish the lute as a viable instrument at the highest level of professionalism.