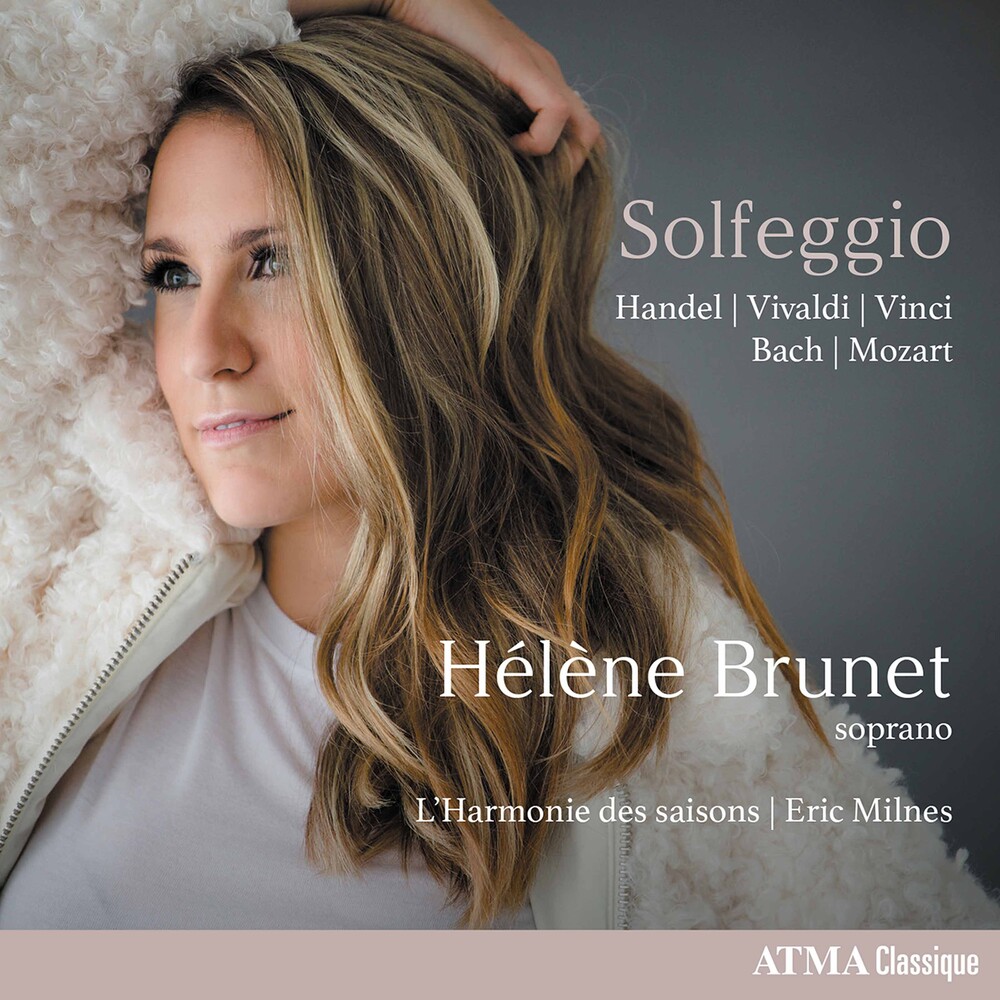 For her first solo album with ATMA Classique, the celebrated Canadian soprano Hélène Brunet has chosen baroque and classical arias that have always been part of her life and for which she feels a deep affinity. Under the direction of Eric Milnes, the period ensemble L'Harmonie des saisons accompanies her in this program featuring music by Bach Handel, Vivaldi, Mozart and Leonardo Vinci, whose two arias are recorded here as world premieres. "I remember being completely enamored, at fifteen, with Vivaldi's famous aria Nulla in mundo pax sincera, attempting head voice singing for the first time and discovering the peculiar lightheaded effects of this new vocal technique. Being able to record this sublime aria twenty years later is a dream come true", says Hélène Brunet. Hélène Brunetis hailed by the critics as "a singer of tremendous quality" with "a voice of perfect beauty and sincere expression". Recognized for her interpretations of Bach, Handel, and Mozart, her repertoire extends from Baroque to the music of the 20th and 21st century. She sings at the Tage Alter Musik Regensburg, with the American Bach Soloists in San Francisco, the American Classical Orchestra at Lincoln Center in New York City, and with the Orchestre Métropolitain under the baton of Yannick Nézet-Séguin, who says, "Hélène Brunet is the embodiment of class, refinement, and purity."