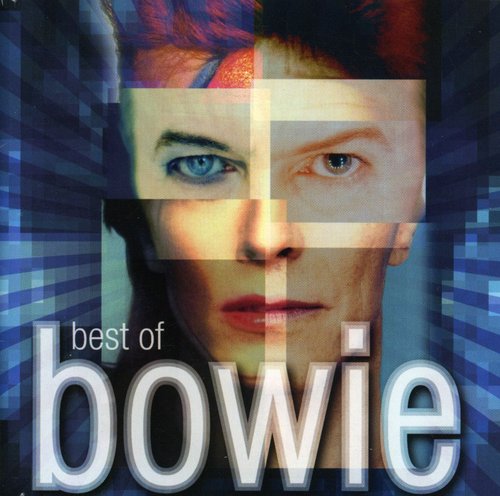 1st ever career-spanning collection. 20 digitally remastered tracks from one of the most influential artists of our time. Track listings include: "Chan ges," "Young Americans," "The Man Who Sold the Wor ld," "Space Oddity."

''Best of Bowie'' (2002) is a career-spanning greatest hits album by multi-platinum recording artist David Bowie. It features songs from his second album until 2002. It was released 35 years after his first album, ''David Bowie''.

In each of the 21 territories that the album was released, it was given its own track listing, based upon which songs were most popular locally. In a number of countries, there were two versions - a single disc version, and a double disc version. All in all 63 tracks appear in at least one of the 20 different versions. The country the edition came from can be identified by a small national flag on the spine, except for the Argentine/Mexican, Eastern European and UK editions, which are "flag-less".

All the tracks are digitally remastered either from 1999, or, for the single edits from 2002, with the exception of "Under Pressure", which is also at a lower volume than the rest of the disc.

A DVD version of the compilation was also released, containing 47 videos and live performances as well as alternate versions as easter eggs. - Wikipedia