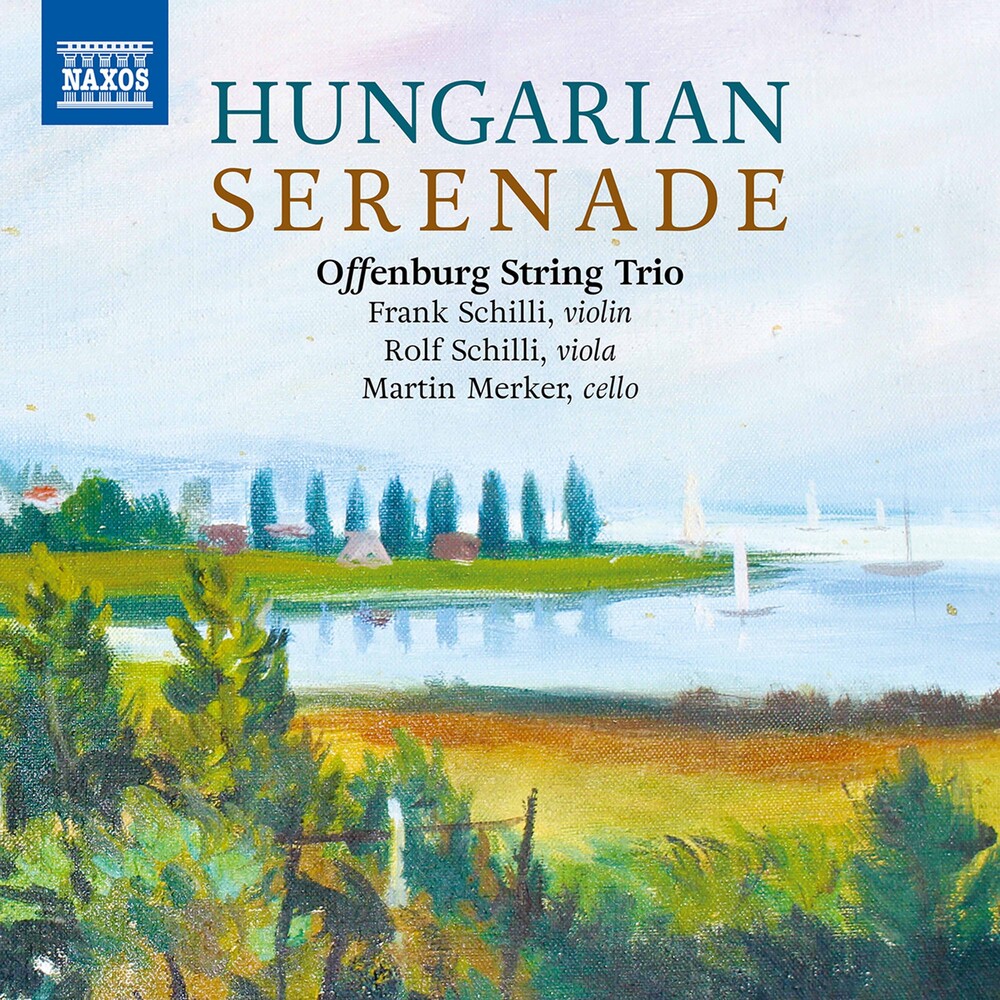 In Hungary at the beginning of the 20th century, Béla Bartók and Zoltán Kodály were collecting and making analytical studies of Hungarian folk music, creating a new interest in the native music of their homeland. This album, featuring rarely heard works from the succeeding generation of Hungarian composers, presents a distinctive portrait of the Hungarian music scene from the interwar years to the 1950s, by composers who faced discrimination or paid the ultimate price for their Jewish heritage. The Offenburg String Trio was created in 1981 in Offenburg, Germany, the home town of it's three musicians. The current ensemble consisting of the Schilli brothers Frank (violin) and Rolf (viola) and Martin Merker (cello) has played concerts since 1987. The Trio has received awards in several international chamber music competitions in Germany, France, Italy, and The Netherlands. The ensemble has been invited many times to perform on radio and television, including productions by SWR, Swiss Radio DRS 2, RAI Roma, Radio Catalunya, and the Irish, Brazilian, Russian, and Vietnamese television networks. The members of the Offenburg String Trio have served as the artistic directors of the Offenburg Cloister Concerts since 1995 and in recent years have directed the Trio Chamber Music Weeks for amateur ensembles in Germany and Switzerland.