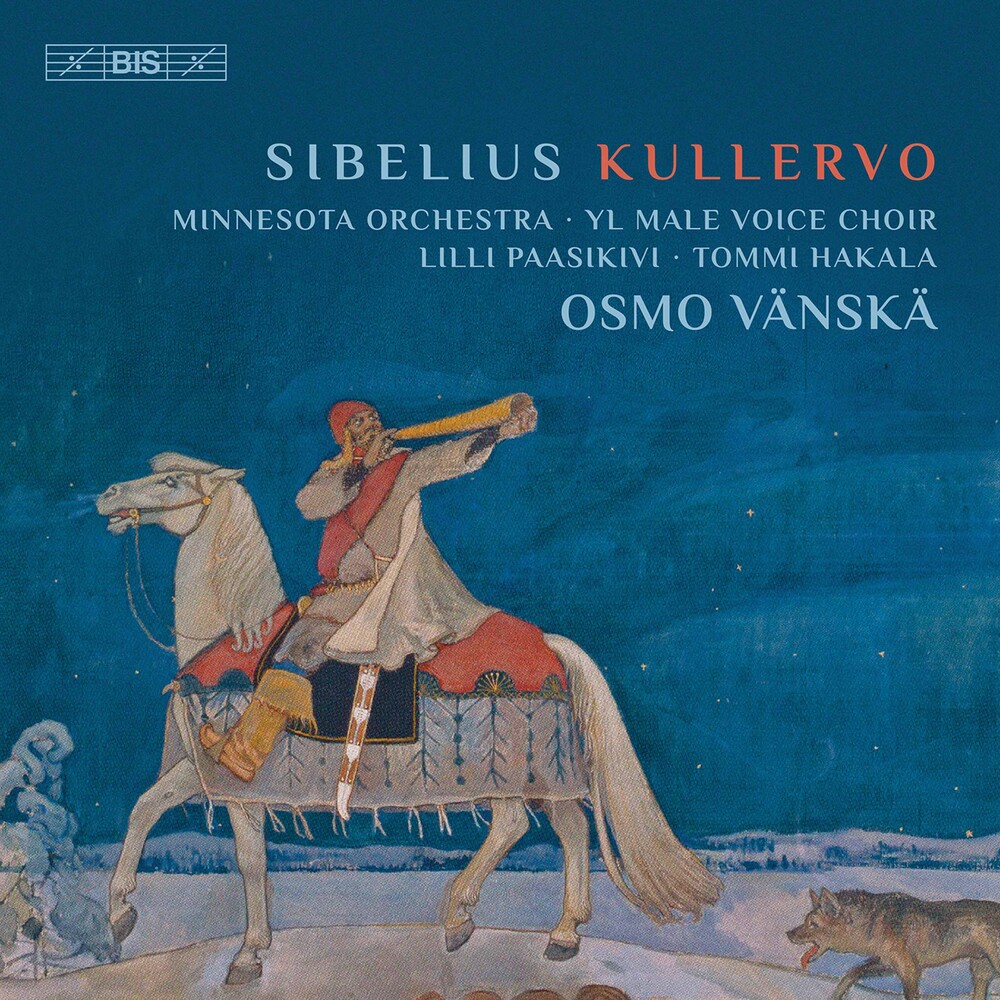 Kalevala, the Finnish national epic, begins with the creation of the world - from a duck's egg - and goes on to relate a series of tales of magic and adventure. One of the most memorable characters is Kullervo, a flawed hero whose tragic story is told in the course of six songs or runos. These describe multiple murders, rape, incest and finally suicide - a powerful brew that has inspired several Finnish artists. Among them is Jean Sibelius, who in 1891 was a young music student in Vienna. At home in Finland a wave of nationalism was gaining momentum and the Kalevala was an important symbol in the struggle for independence from Russia. Sometimes called a choral symphony, Sibelius's Kullervo was premiered in 1892, receiving a mixed reception and the work was soon overshadowed by the First Symphony. Only in the 1970s did it became more widely known, at which time the score caused something of sensation. Faithful to the urgency and brutality of the score, the present recording was made at live performances at Symphony Hall in Minneapolis, with Osmo Vänskä directing the forces of the Minnesota Orchestra, joined by their Finnish guests Lilli Paasikivi, Tommi Hakala and the eminent YL Male Voice Choir.