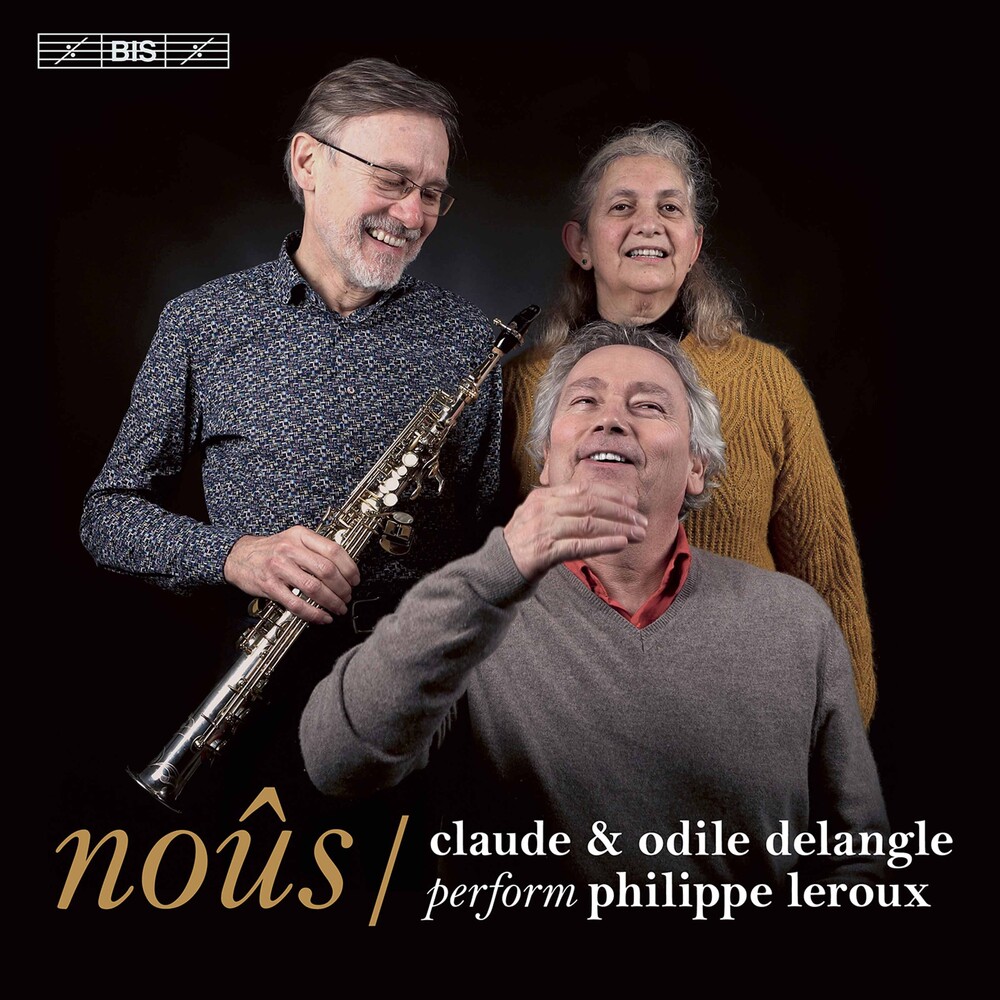 The collaboration between composer Philippe Leroux and the husband-and-wife team of Claude and Odile Delangle began in the early 1990s and has grown ever closer over the years. In October 2019 the three met up again for a few intense days, in order to record NoĂ»s, a programme of works for soprano saxophone and for solo piano. The release is bookended by two duos for the instruments -the opening SPP a reworking by the composer of an earlier score, and the closing NoĂ»s that Leroux wrote for the Delangles only a few months before the recording. In both of these -albeit in different ways -the composer explores a couple of his favorite principles, namely those of continuity and transformation. Between them we hear works from the past decade, beginning with AMA for solo piano, from 2009. The other two piano works, RĂ©pĂ©ter... Opposer and Dense... Englouti are both tributes to Claude Debussy, a composer who occupies an important place in the musical universe of Philippe Leroux. At the centre of the disc, finally, is the highly virtuosic Conca Reatina for soprano saxophone. Loosely inspired by the contours of the mountains surrounding the Rieti Valley (Conca reatina), the piece is a dizzying sonic MĂ¶bius strip which keeps returning the listener to his point of departure.