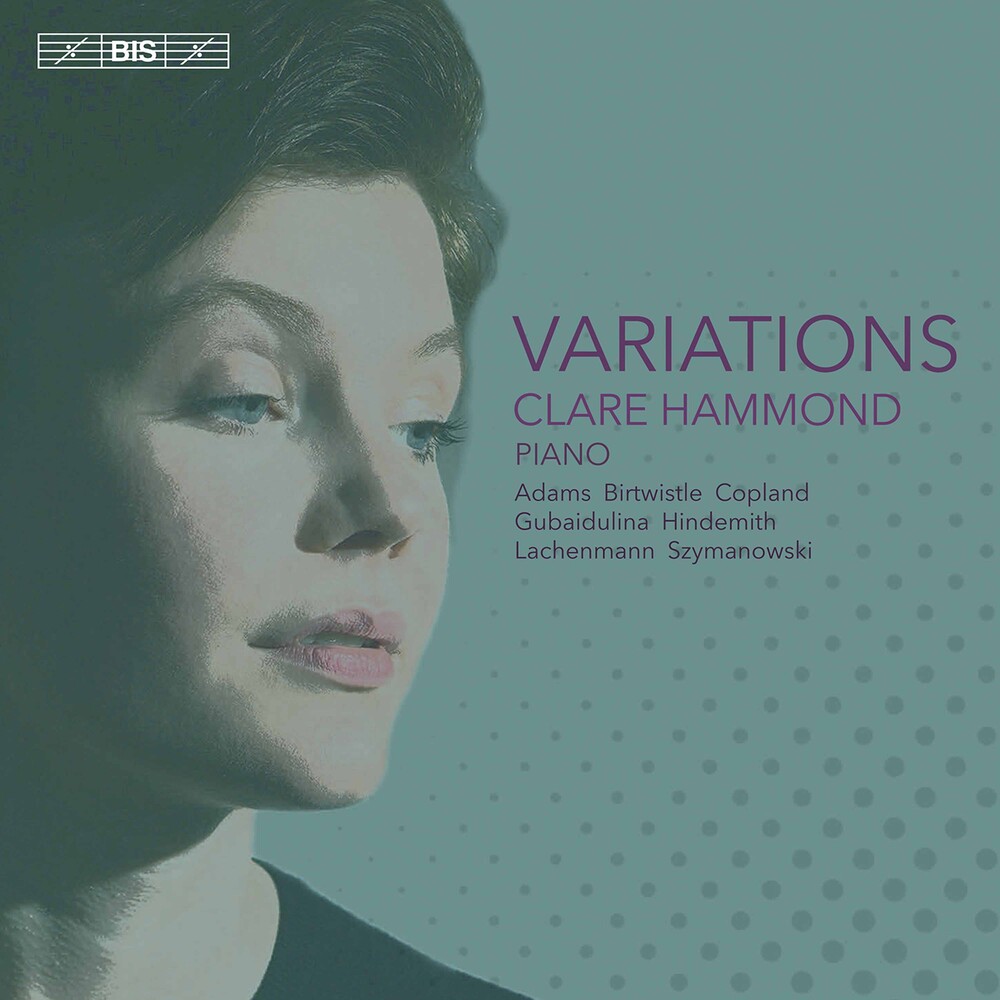 For her fifth release on BIS Clare Hammond has constructed an adventurous programme of twentieth and twenty-first-century variations for piano. From the imposing Chaconne by Sofia Gubaidulina, to the tender grief of Paul Hindemith's variations or Aaron Copland's bold and uncompromising proclamation, the disc presents a fresh perspective on the genre. Hammond opens with Karol Szymanowski's Variations on a Polish Theme from 1904, a virtuosic and intensely Romantic outpouring that contrasts strikingly with the wit and irreverence of Helmut Lachenmann's set on a theme by Schubert. The most recent works in the programme are Harrison Birtwistle's mercurial elegy and it's polar opposite I Still Play, a lyrical waltz composed in 2017 by John Adams. Described as 'a star interpreter of contemporary music' (The Observer), Clare Hammond has developed a reputation for imaginative concert programming. As she herself admits in her liner notes, variation form may on the surface appear to be both limiting and limited, but the works she presents here transcend the form in myriad creative, and at times daring, ways.