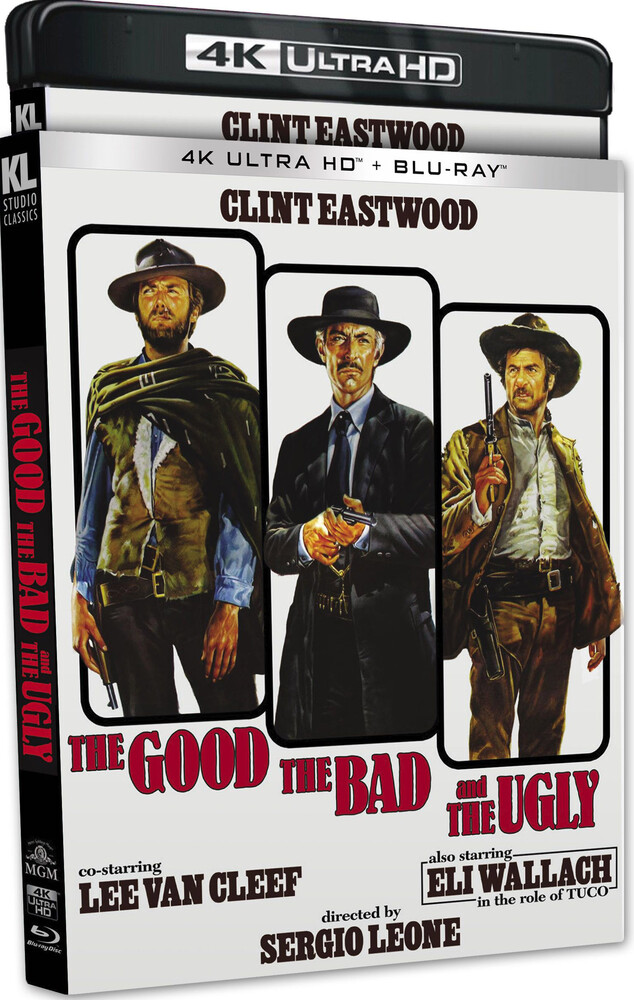 The GOOD The BAD & The UGLY (1967)For three men the Civil War wasn't hell... it was practice! By far the most ambitious, unflinchingly graphic and stylistically influential western ever made, The Good, the Bad and the Ugly is a classic actioner shot through with a volatile mix of myth and realism. Screen legend Clint Eastwood (A Fistful of Dollars) returns as "The Man with No Name," this time teaming with two gunslingers to pursue a cache of $200,000 and letting no one, not even warring factions in a civil war, stand in their way. From sun-drenched panoramas to bold hard close-ups, exceptional camerawork captures the beauty and cruelty of the barren landscape and the hardened characters who stride unwaveringly through it. Hailed as "the best directed movie of all time" by Quentin Tarantino, this epic masterpiece was directed by the great Sergio Leone (Once Upon a Time in the West) and co-stars Lee Van Cleef (For a Few Dollars More) as Angel Eyes and Eli Wallach (The Magnificent Seven) in the role of Tuco. Music by legendary composer Ennio Morricone (Death Rides a Horse).