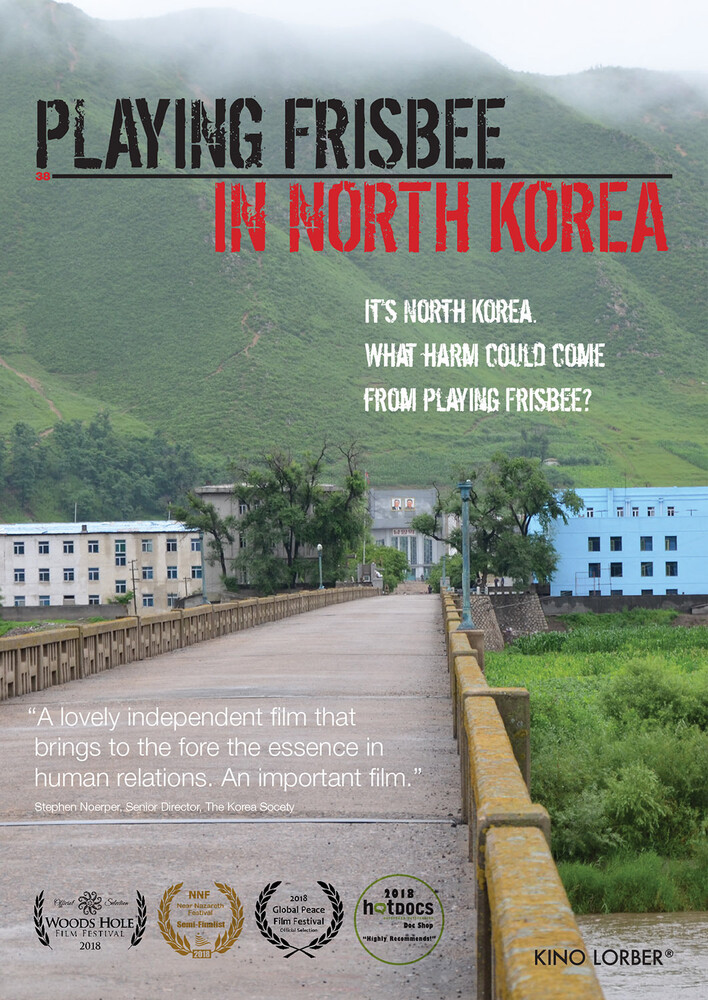 Playing Frisbee in North Korea is the first documentary produced and directed by an African-American female filmmaker from inside North Korea. The idea began at a conference on Korean Re-unification organized by General Colin L. Powell and the Colin Powell Center, where director Savanna Washington was a Graduate Fellow. Through veritĂ© footage from inside North Korea, interviews with North Korean refugees, long time aid workers, scholars, and experts on the topic, this documentary provides an authentic, on the ground perspective of the lives, struggles, and humanity of the people of North Korea. Called "The Hermit Kingdom," North Korea is an enigma wrapped in a quagmire of misinformation, international distrust and fear. In the middle of this are the people of North Korea, isolated from the world by their own government. Are they "puppets" of the North Korean government that many claim, or everyday people trying to live their lives and support their families under the strain of chronic malnutrition, deprivation, and total control by their government? In truth, they are both. Even under such hardship, they are fiercely proud of their country and have an abiding, and even religious fervor for the Kim family, rulers of the tiny kingdom for over 65 years. The North Korean people are as enigmatic to the world as their government.
back to top