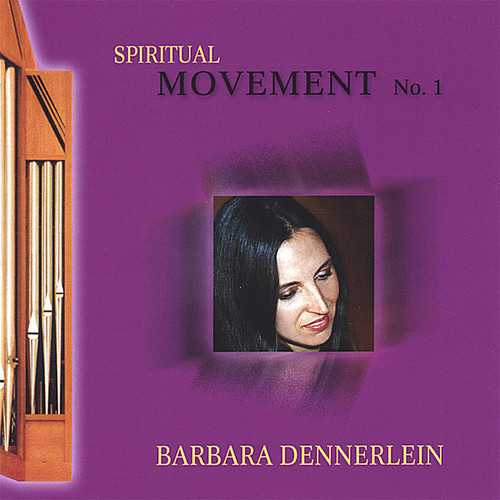 The Artist and the Mighty Organ She plays with passion and is highly inflamed to master the thrilling challenge of conquering the mighty church organ for the cosmos of Jazz. Barbara Dennerlein unites prodigious enthusiasm for elaborate extemporisation with an absolutely refined taste and proves with this very recording, that Jazz may be constantly renewed and reinvigorated under her hands - and feet! Barbara Dennerlein is well aware that her regular instrument, the Hammond organ, is a descendant of a sacred and formidably powerful forerunner, the mighty church organ. She knows of the structural relationship and treasures the memory of the unique Fats Waller, who, as early as 1926, began playing jazz on the pipe organ. Weaving innovative patterns in jazz while including inspiration from the past, the Munich- based artist explores new instrumental terrain and generates a fresh and surprising quality in the melodies and sound qualities she produces from the queen of instruments. "Spiritual Movement No. 1" is an intense and disciplined work and, notwithstanding the improvisational virtuosity, is very much an arranged and ordered performance. Unintimidated by this formidable instrument, Barbara Dennerlein is at all times in full command. The final fortissimo is a key part of the composition rather than simply a special effect and even the closing "Psychedelic Cluster", which covers the entire range of the great Goll-organ pipes at St. Martin in Memmingen, is intended to create a specific musical effect: Nothing less than prompting free associations by you, the listener. Discover the church bells in this state-of-the-art euphoria of sound! "Spiritual Movement No. 1" consists of ten exciting original compositions created by Barbara Dennerlein specifically for church organ: Introduction, Ranket Blues, Holy Blues, Change of Pace, Spiritual Movement, Waltzing Pipes, Longing and Psychedelic Cluster. It is not simply an experiment to transfer the Hammond B3 way of playing to the four mighty manuals of the Goll-organ nor the mere adaptation of jazz standards to an instrument with many more keys than the Hammond. Even with the cheerful swinging 1929 evergreen of "Ain't Misbehavin' " we discover an ingenuity in the sound production and technical resourcefulness which is only feasible on a church organ. With her meticulous use of the special sound colours of the pipe organ, Barbara Dennerlein shows herself to be a true artist. The flowing variations of volume, tempi and rhythm of this 78-minute solo performance result in a vibrant and suspense-laden jazz session. On none of her CDs to date has Barbara Dennerlein's unique foot pedal been as much in evidence as it is on the 32 pedals of the Goll-organ, either as an essential, groove-creating background or as a solo offering, as in Rankett Blues. In "Spiritual Movement No. 1", Barbara Dennerlein is working on a new concept of bringing Jazz to the church organ - a future-orientated project of which this splendid recording is just the beginning. The word "Spiritual" in the title represents the sacred element in instrumentation, manner of composing and playing; "Movement" means refusal to accept a standstill and No.1 indicates that this is a precursor to future projects of this kind, the product of a continuing development which will lead towards "Spiritual Movement No. 2".
This website uses cookies to personalize content and analyse traffic in order to offer you a better experience.
I accept Learn More
back to top