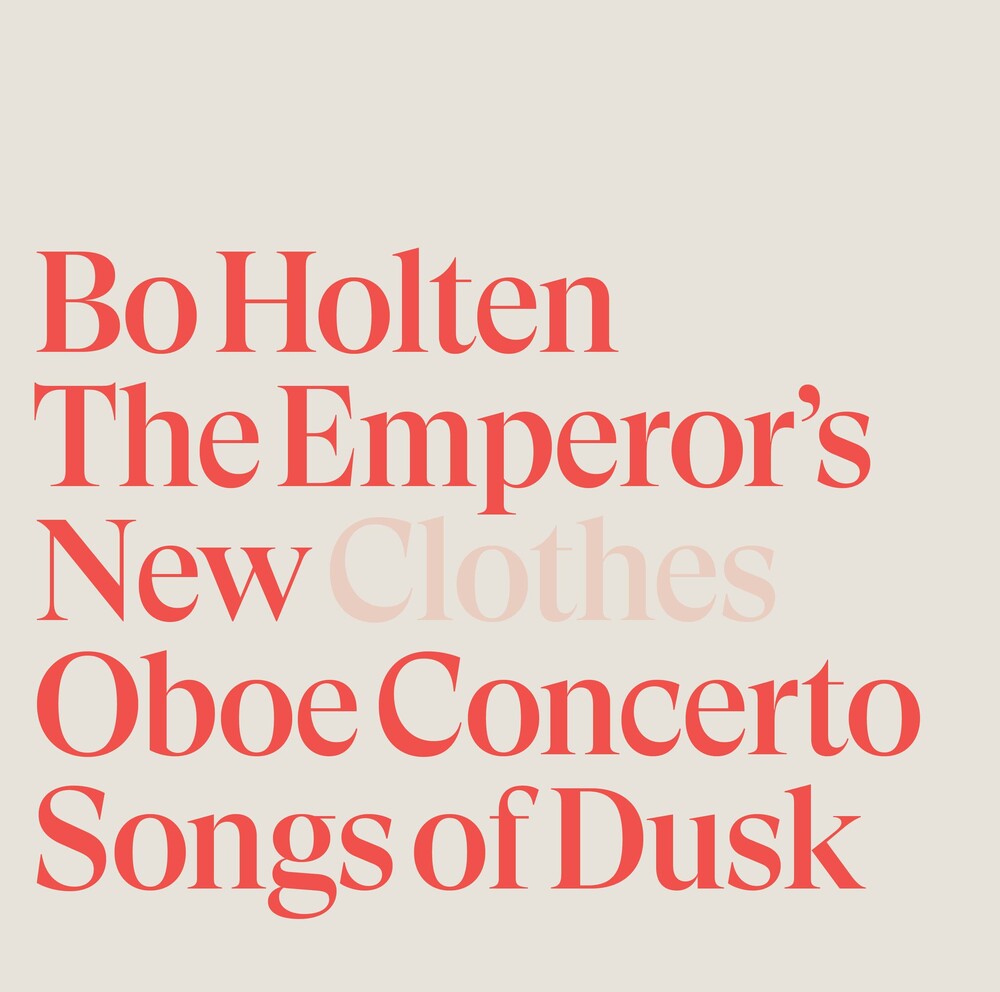 Bo Holten has composed more than 100 works including symphonies, solo concertos, works for chorus and orchestra, operas, and musicals. He has also written works for chamber ensembles, song cycles, and pieces for percussion ensemble, as well as scores for films and television series. He is regarded as Denmark's most prolific composer of lyric theatre and is an internationally renowned conductor. This newly-recorded retrospective includes three of his most cherished concert works: a charismatic concert opera based on Hans Christian Andersen's The Emperor's New Clothes, a touching song cycle to evocative poetry by Sophus Claussen and an oboe concerto inspired by the instrument's unique lyrical capabilities. All three reveal Holten's characteristic combination of wit and profundity, all the more so under his own musical direction.