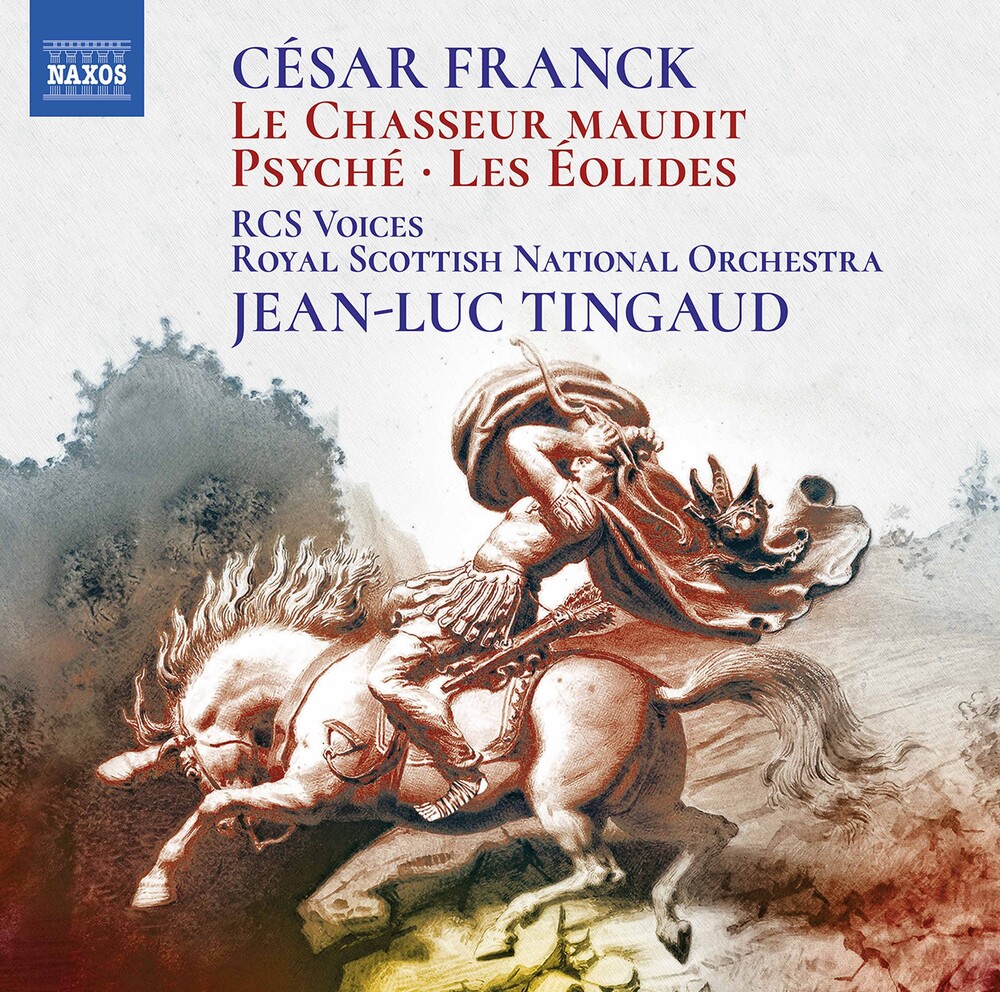 CĂ©sar Franck is perhaps best known for his organ works and late masterpieces such as the Violin Sonata. His Symphony in D minor has also been widely recorded and is often coupled with LeChasseur maudit, a work that ranks among his most popular and frequently performed orchestral works. Les Ă‰olides and PsychĂ©are more impressionistic in atmosphere, and much appreciated for their subtle orchestration and lyrical inventiveness. Jean-Luc Tingaud's recordings for Naxos have always done very well, with Poulenc's Les Biches (8. 573739) given a 10/10 score by ClassicsToday. Com, along with comments such as 'Tingaud's precise, clear-eyed direction is just what this music needs'. Vincent d'Indy's Second Symphony (8. 573522), also with the RSNO, was given a rave review by Fanfare: 'This recording [by] Tingaud and his Scottish orchestra should absolutely fire up new interest in a composer who has been unjustly neglected. Very strongly, if not urgently, recommended. ' The Royal Scottish National Orchestra has a worldwide reputation for the quality of it's recordings, receiving two Diapason d'or de l'annĂ©e awards for Symphonic Music and eight GRAMMY Award nominations over the last decade. The RSNO's numerous Naxos recordings include Roussel's Symphony No. 2(8. 570529) conducted by StĂ©phane DenĂ¨ve which gained the Gramophone 'Editor's Choice'.