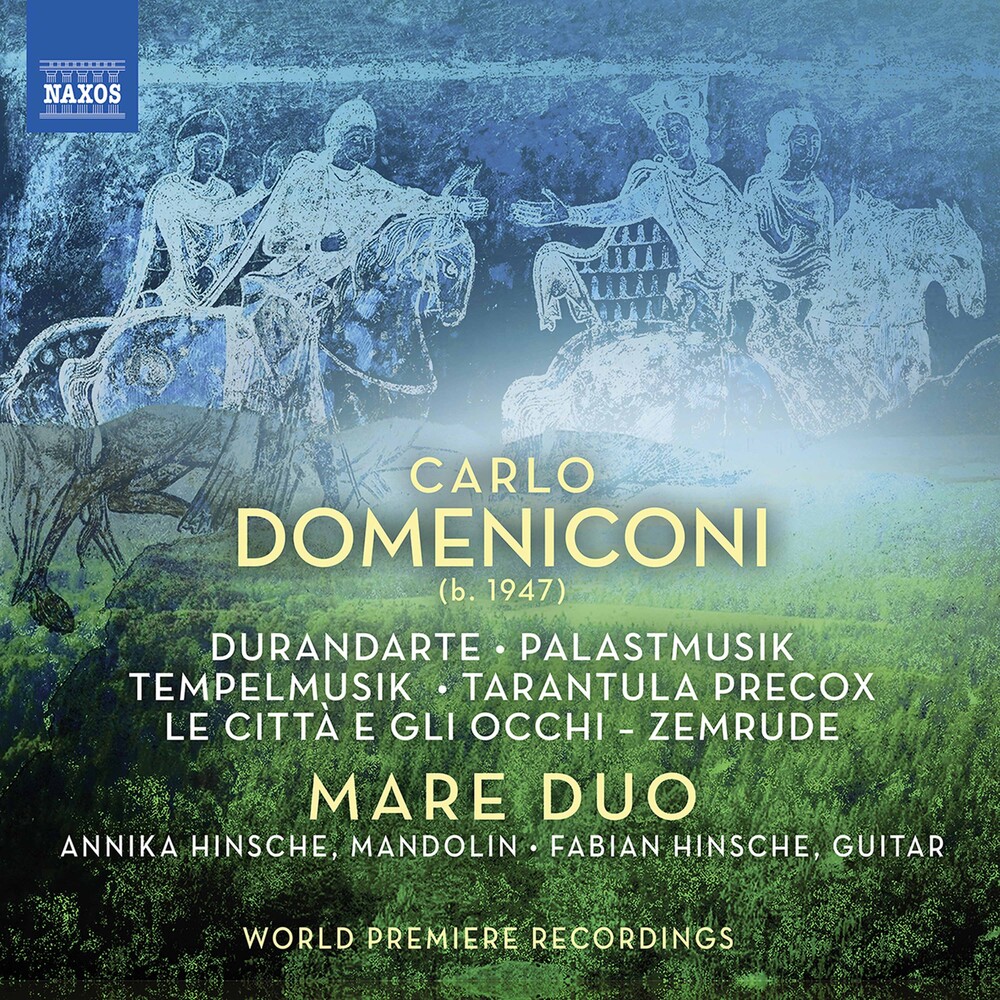 Carlo Domeniconi is a master of guitar composition. His fusion of Western and Eastern elements is a distinctive feature of his writing, and this album presents a body of work for the unusual combination of mandolin and guitar. The large-scale Durandarte charts a medieval knight's wild journey through the countryside, which is accompanied by poignant love songs, elegies, and agitated cross-rhythms. In Tarantula precox he summons up a dervish-like dance; while in the kaleidoscopic moods of Zemrude the Orient and the Middle East merge dramatically. All but one of these works have been composed especially for the Mare Duo. The Mare Duo has inspired numerous composers to enrich the repertoire for their formation, including Carlo Domeniconi, Jaime Zenamon, Konstantin Vassiliev, Jürg Kindle, Frank Wallace, Thomas Allen LeVines, Lars Wüller, and many others. The Mare Duo is also interested in performing the classical repertoire for their formation as well as playing innovative transcriptions. Annika and Fabian have released several solo, duo and chamber music albums with labels such as Naxos, Schott Music and Gyre Records, and they have appeared on TV productions including MTV Unplugged.