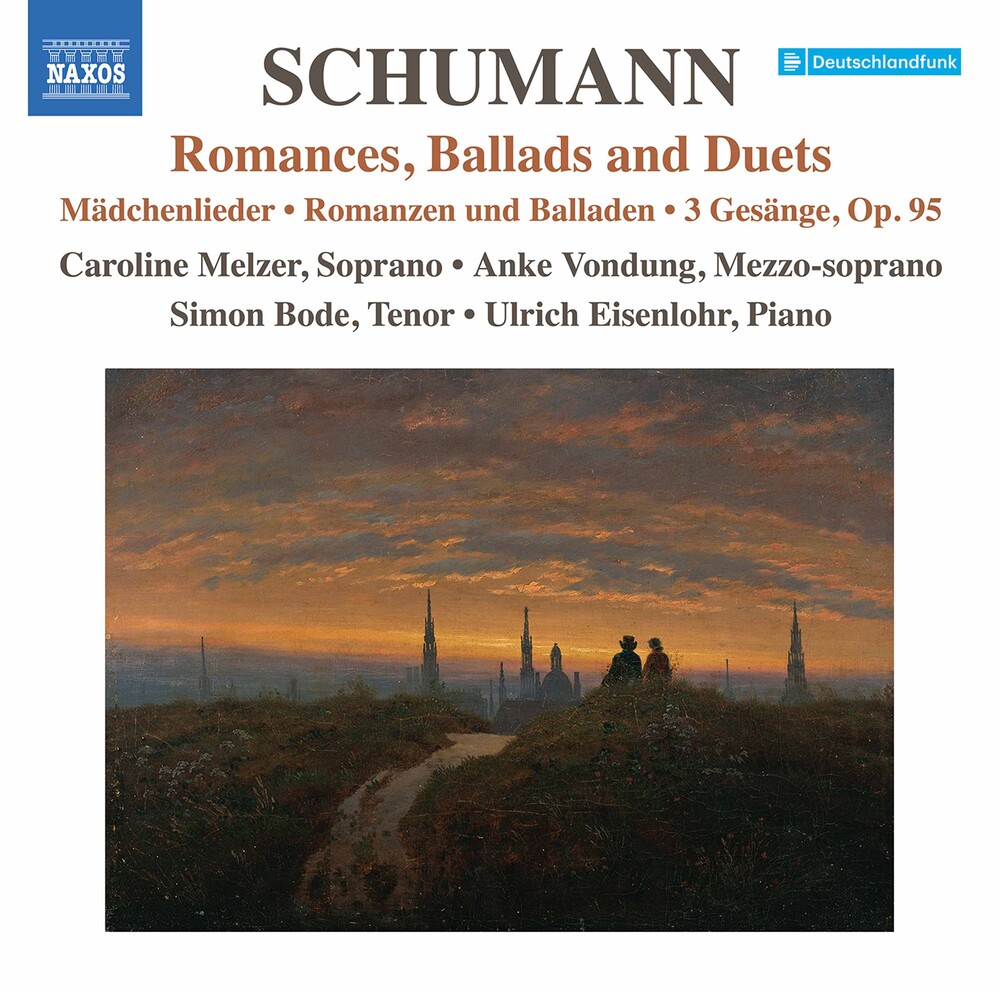 Some of Schumann's early songs, such as Liedfürxxx, show the influence of Schubert, but it was in 1840, his 'Year of Song', that Schumann fully turned his attention to vocal music. The Zweistimmige Lieder, Op.43 were the first that he composed after his marriage to Clara Wieck, and many of the songs from this time set texts on the subject of love. Schumann's literary background and cultivated tastes mean that any such collection of his songs reads like a catalogue of the greatest poets of his time, with the tragic narratives of Mörike and Heine in the Romanzen und Balladen, Op. 64 as powerful as any opera.