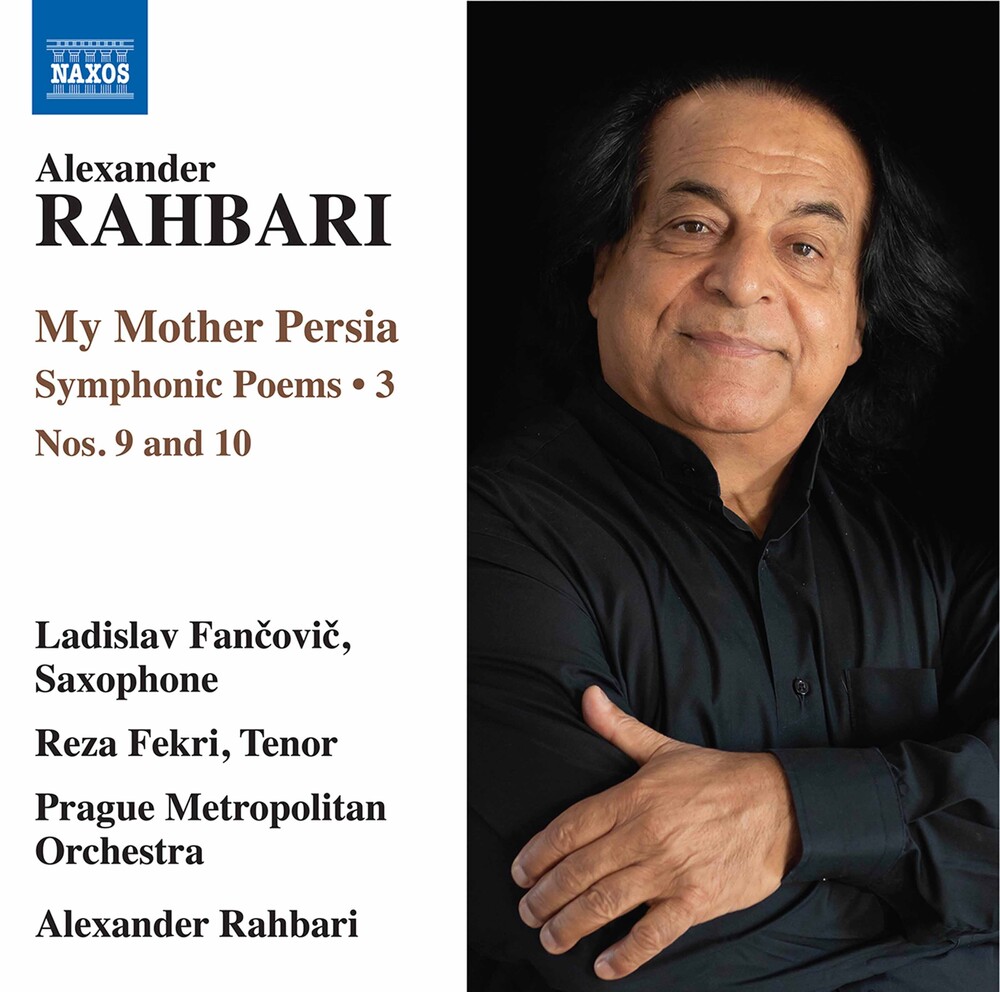 Alexander Rahbari's My Mother Persia is a cycle of symphonic poems suffused with the rich melodies, rhythms and improvisations of Persian traditional music in which he is profoundly versed both as composer and conductor. Originally written as a violin concerto, Symphonic Poem No. 9 'Nohe Khan' - the name relates to a singer at religious ceremonies - was recast for baritone saxophone in 2018. Symphonic Poem No. 10 'Morshed' vividly explores ritualized song in the context of 'ancient sport'. Volume 1 is on 8.574064 and Volume 2 on 8.574065. Alexander Rahbari is a remarkable figure in the music world, taking a leading position in the cultural development of his country from a young age, winning numerous awards as a conductor and becoming closely associated with the Berlin Philharmonic orchestra as assistant to Herbert von Karajan. Rahbari has conducted numerous successful Naxos recordings, but this is the world premiere release of his cycle of symphonic poems My Mother Persia.