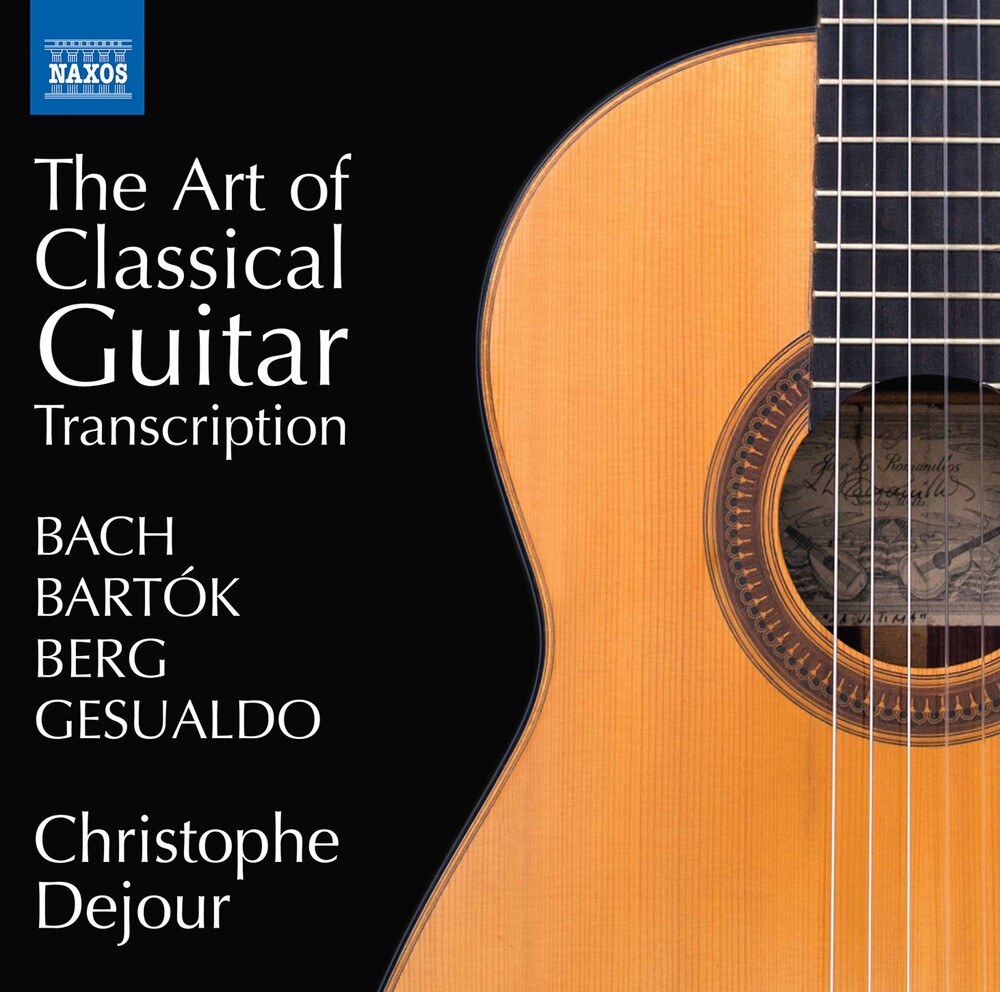 Christophe Dejour's arrangements of music by Albeniz and Granados performed by Trio Campanella have won much acclaim. For this recording he has made three pioneering arrangements that further expand the instrument's repertoire and compass. Dejour's arrangement of Gesualdo's Canzon Francese del Principe is both expressive and idiomatic, and he explores two great 20th-century works in Berg's milestone Piano Sonata, Op.1and Bartók's profound and complex Sonata for Solo Violin which was inspired by Bach.