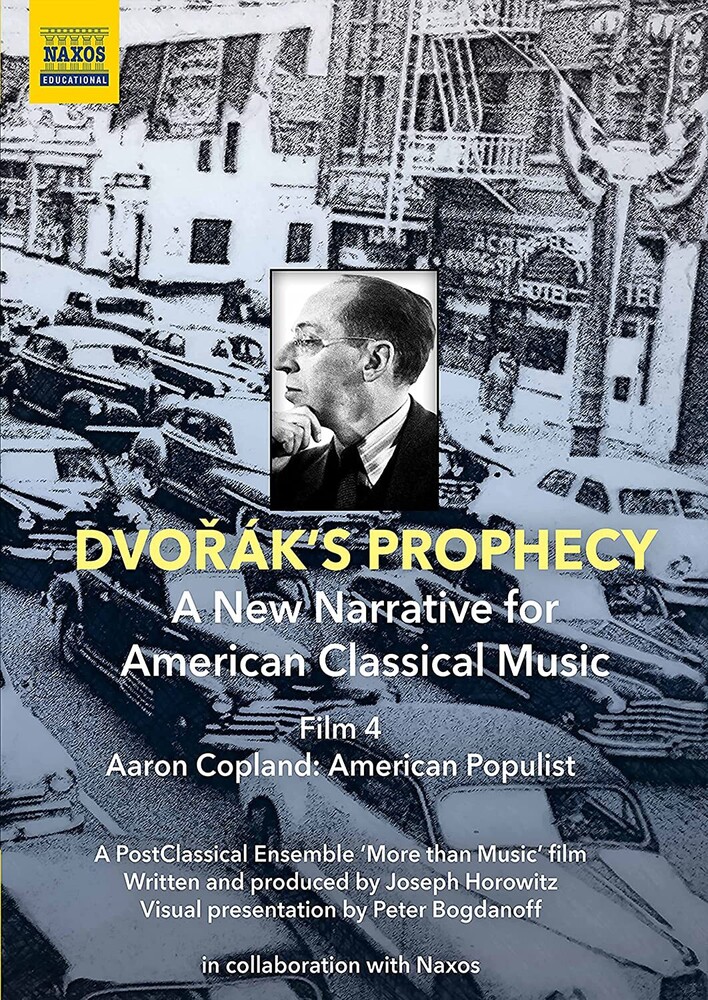 Buffeted by social and political currents, Copland can seem unmoored: a cork in a stream. He was politicized by the Depression- and by the example of Mexico, whose artists galvanized national identity and progressive thought. He wrote a prize-winning workers' song and addressed a Communist picnic in Minnesota. Twenty years later, the Red Scare targeted him as a traitor. Can his odyssey be read as a parable illuminating the fate of the American artist? This film features a reenactment of Copland's grilling by Senator Joseph McCarthy (played by Edward Gero). It also highlights the most consequential Copland score we don't know: his ingenious music of Lewis Mumford's 1939 World's Fair film The City, itself a complex product of the Popular Front. We reconsider the valedictory Piano Fantasy, in which Copland refreshed his modernist roots- a galvanizing performance by Benjamin Pasternack, who also recalls a telling encounter with the composer. Our other commentators include the American historians Michael Kazin and Joseph McCartin, who ponder the tangled legacy of American populism of the left and right. (Joseph Horowitz)
back to top