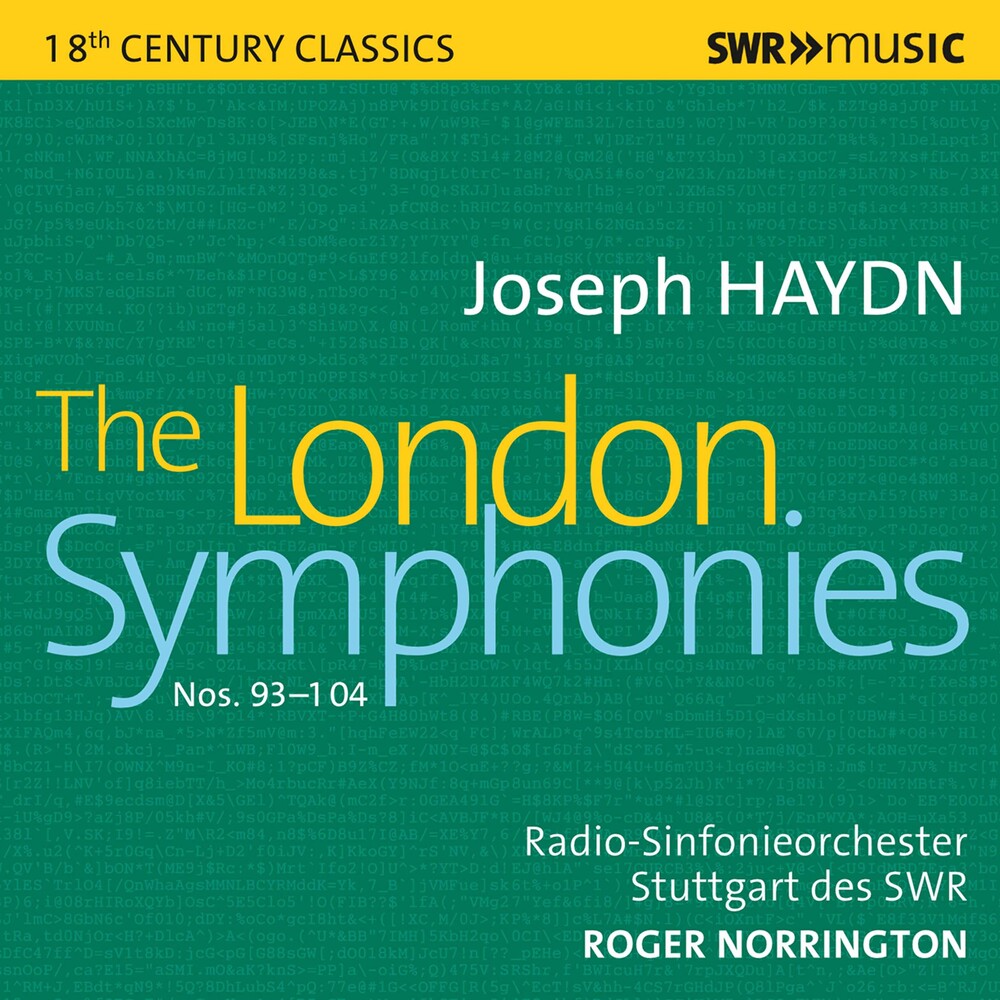 The two extended visits in London, in 1791 and 1794, were the greatest triumph in the career of Joseph Haydn. By that time he had already composed 92 symphonies, 12 more came into being while he was in London. The English were stunned by his new masterpieces, which Haydn directed personally. They knew that they were in the presence of the greatest composer in the world. Mozart was already dead and Beethoven not yet known. In September 2009 during the EuropĂ¤isches Musikfest the SWR Radio-Sinfonieorchester Stuttgart and Sir Roger Norrington celebrated the memory of Joseph Haydn by performing and recording live all 12 London symphonies. They focused - with regards on orchestra size, seating, tempo, phrasing, articulation and sound - on historical performing style, their aim being to render the majesty, the folk-like simplicity, the infectious sense of dance, the surprises, and the humor characteristic to the Father of the symphony.