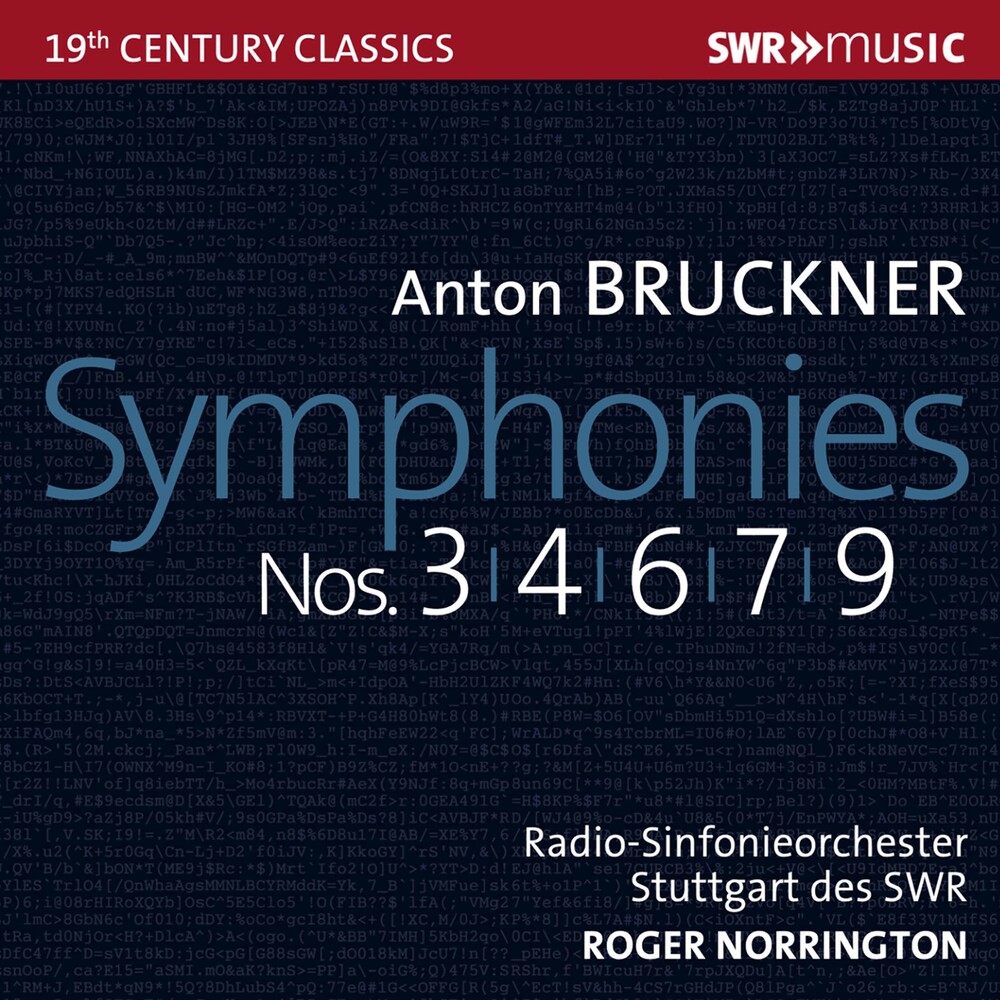 Sir Roger Norrington has been chief conductor of the former Stuttgart Radio Symphony Orchestra RSO (today SWR Symphonieorchester) for thirteen years. During this time he caused internationally quite a stir with what got to be called "The Stuttgart Sound", a synthesis between historically informed performance and technical capabilities of a modern orchestra. Whether Mozart or Haydn, Bruckner or Brahms, Norrington's main focus laid on quick tempi, a "pure ton" (that is, vibratoless), articulation, seating plan and orchestra size as experienced by the composers themselves back in their time. With the present re-issue of his Bruckner SWR-recordings, Norrington sought to render the "human face" of Bruckner, not just the quasi-religious abstraction the public is sometimes given instead. His symphonies are secular works written with the Musikverein Vienna in mind. They contain descriptive music (journeys, nature, birds), dance music and humor, unexpected dramatic passages, and pauses. In his entirely individual style (culled from Beethoven, Schubert, Mendelssohn and Wagner, but rarely sounding like any of them), Bruckner echoes memories of his own violin playing as a youth at village weddings, quite as much as those of the St. Florian organ loft.