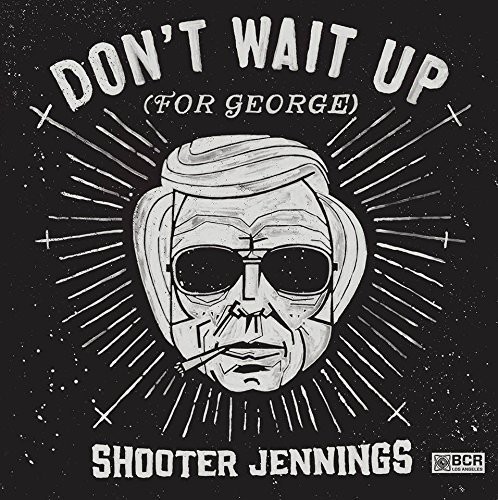 A 5 song EP of songs written as a tribute to his friend George Jones.

As a child growing up in the house of Waylon Jennings and Jessi Colter, I met a lot of interesting characters, but a lot of people paint a picture in their head that is very different from my reality. When people ask me about who I remember hanging around as a kid, I always say that I remember Tony Joe White and George Jones being the most frequent and consistent around the house. Very few people can look at a child and sees the full grown human inside them and make them feel important. George was always this way with me, making me feel like he took me seriously, no matter what age I was.When I started working on my first solo album, I called George and asked him to appear on my record, introducing the first song and performing part of He Stopped Loving Her Today" in my song 4th of July. Without batting an eye, he said yes. This meant the world to me. I flew to Nashville to record him and we had the best time just talking with the studio in between, almost like a buffer. It was beautiful. It was funny, and once again George made me feel like I was just as talented and important as he was.Jones producer asked me to write some songs for George's next record. It turns out now he wasn't his producer. Maybe he was just gunning for the position and thought if he showed up with some originals I wrote it might help his chances. Who knows? Either way, I wrote one song for him, and co-wrote another with a dear friend of mine, Faren Miller. I sent him the tracks, he liked them, and told me I would hear back from him. I never did and less than a year later George passed away.I was sitting around recently when I found those old emails and I listened to the songs, and I realized in a weird way how much of my personality was in these songs. Honestly, I kind of needed an excuse to write something that was very raw, and I couldn't do it for myself. Maybe because it was a full circle dream-come-true, or maybe because I just wanted to impress the Possum. All I know is that the songs were decent, and I thought it would be a cool idea to share these with my friends and fans. The next thing I knew I recorded them, and I wasn't ready to stop. So, I recorded a few more George tunes and ended up with a 5 song EP. Here is it: this is my tribute to the greatest singer and interpreter in country music. This is my tribute to a friend. I miss you George. Thank you for making me feel like I could do this. Shooter