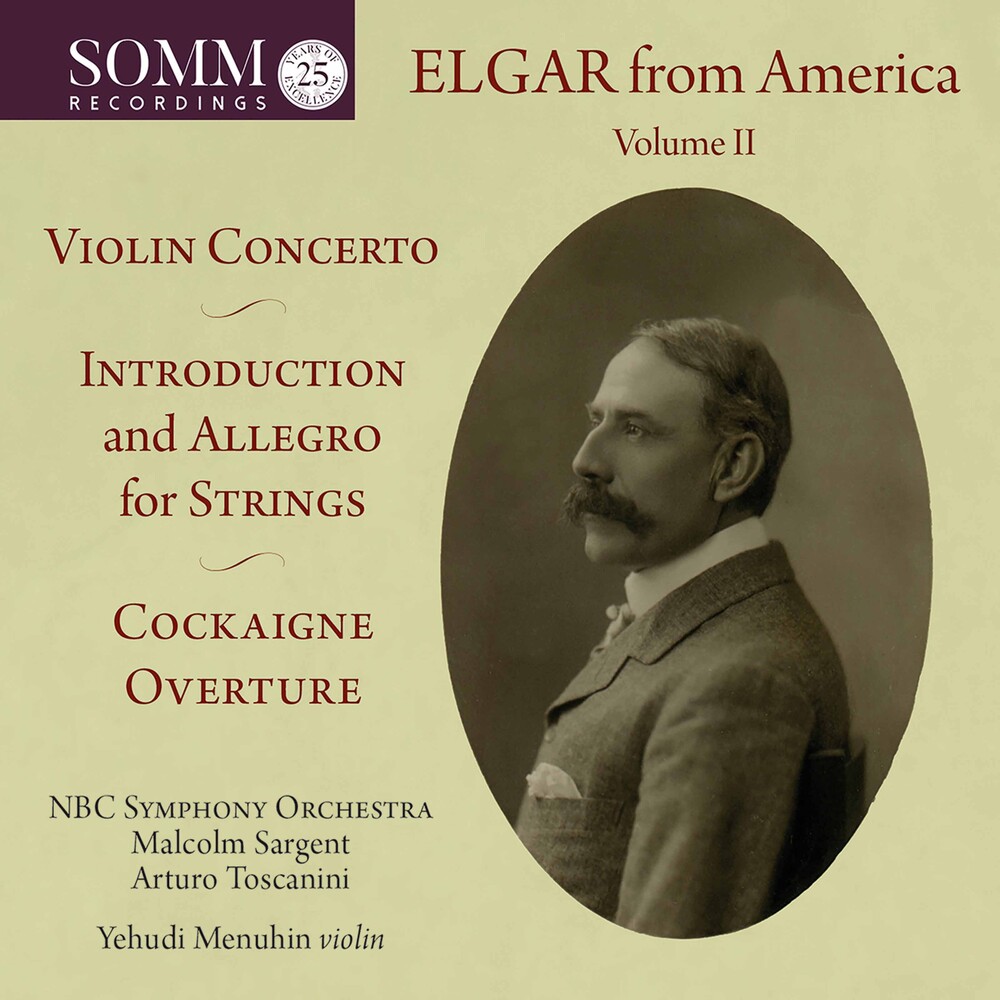 SOMM RECORDINGS is delighted to announce Elgar from America, Volume II: the first commercial release of three historic performances from 1940s' New York featuring legendary Elgarian interpreters including violinist Yehudi Menuhin and conductors Malcolm Sargent and Arturo Toscanini at the helm of the NBC Symphony Orchestra. The results offer a fascinating transatlantic perspective on a titan of British music while revealing his musical legacy in a country he visited annually from 1905-07 and again in 1911. The featured recordings date from the first half of the 1940s and have been restored and remastered by the multi-award-winning audio restoration engineer Lani Spahr, who also provides informative booklet notes. Menuhin, long associated with Elgar since his 1932 recording of the Violin Concerto, is heard here in a 1945 performance of the work, abbreviated to fit radio constraints of time. It is conducted by Sargent who also leads an account of Cockaigne (In London Town) Concert-Overture from the same year. Toscanini's 1940 performance of the Introduction and Allegro for Strings marks the only time he conducted it with the NBC SO, joined here by Mischa Mischakoff and Edwin Bachmann violins, Carlton Cooley viola, Frank Miller cello. Elgar from America, Volume I (ARIADNE 5005) was hailed by Classical Music Daily as "a fine start to this historic cycle" while MusicWeb International called it "a model of one of the things the album should be doing: filling the medium to capacity with engaging and/or controversial interpretations that one cannot simply over-hear... Essential listening."