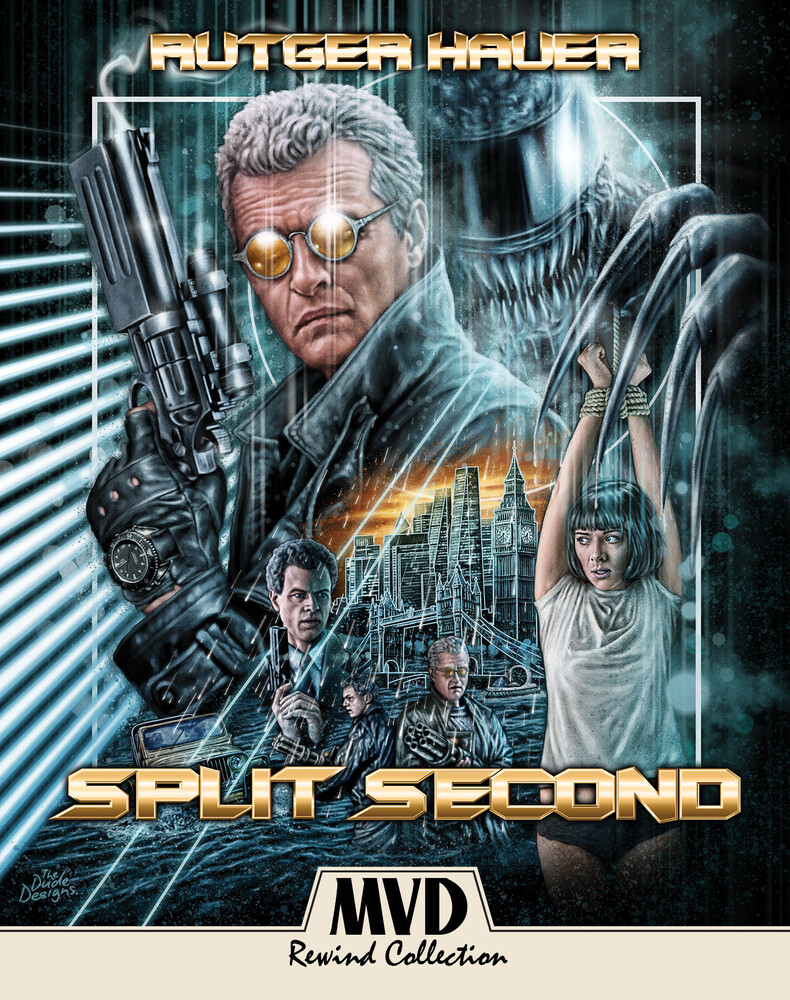 In the year 2008, the cops are better armed than before, but nothing has prepared them for this. Swift, sharp-clawed and deadly, something moves among them on the streets, in the alleyways, on the rooftops, tearing out human hearts and devouring them. Maverick cop "Harley" Stone (Rutger Hauer, Blade Runner) lost his partner to the beast, and now it looks like his girlfriend Michelle (Kim Cattrall, Big Trouble in Little China) is next on the killer's list. Even in the future, there aren't guns big enough to stop the creature's deadly force, but Stone has no choice. Teamed with rookie detective Durkin (Alastair Duncan, The Girl with the Dragon Tattoo), Stone must stalk the edge of his own sanity if he is to destroy the rampaging Evil on the outside and banish the very real demons within... It could all be over in a SPLIT SECOND.Featuring special effects by Stephen Norrington (Blade) and written by Gary Scott Thompson (The Fast and The Furious), along with an all-star supporting cast that includes Academy Awardr Nominees Michael J. Pollard (Tango & Cash) and Pete Postlethwaite (Inception), this cult classic sci-fi thriller will have you on the edge of your seat!*Pollard: 1967, Best Actor in a Supporting Role, Bonnie and Clyde, Postlethwaite: 1993 Best Actor in a Supporting Role, In The Name of the Father