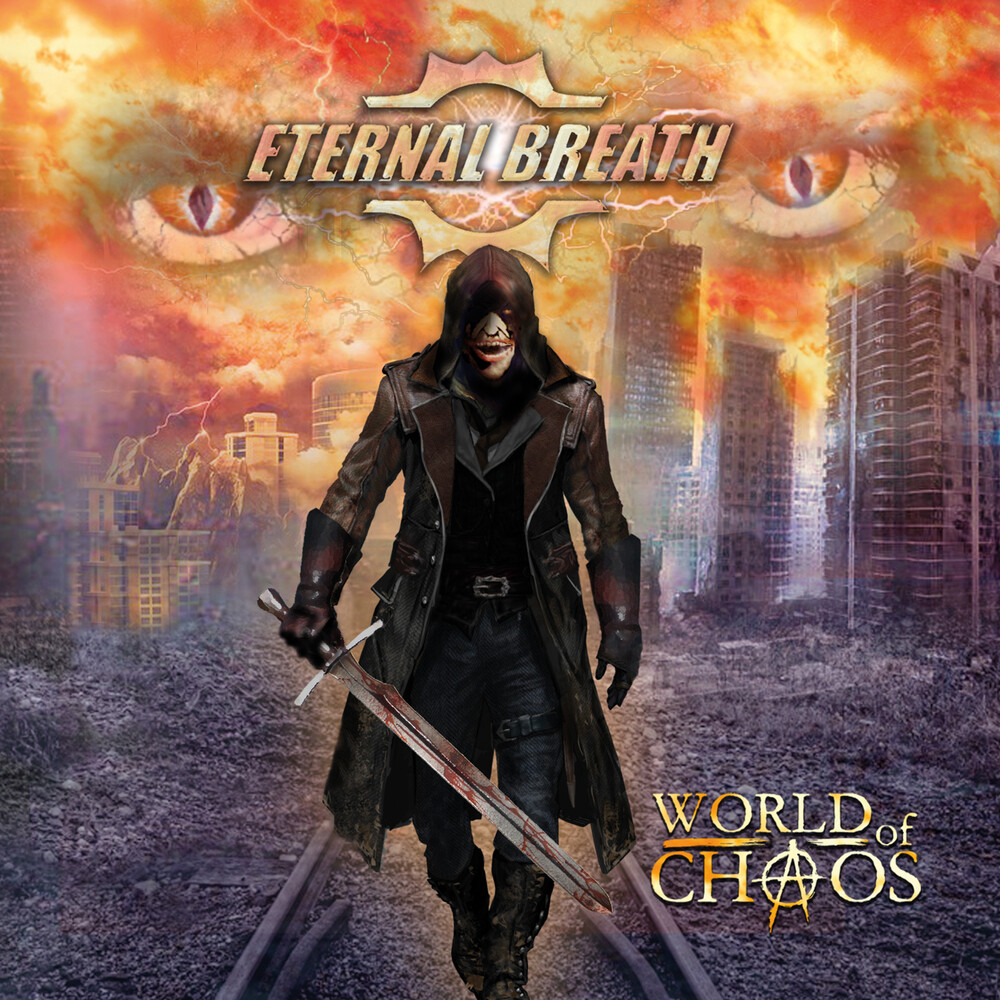 Belgium heavy metal group Eternal Breath release their second full length album World Of Chaos worldwide via Sliptrick Records. The follow-up to their previous debut album The Joker contains eleven brand new tracks that were composed and continuously improved over the period of 3 years. The writing process during this time evolved from the haphazard approach of the debut album to a more systematic approach. This results in more solidly written songs with tight, dynamic playing and an attention to detail. The album's lyrics deal with the hardships and trials of contemporary human life, but still put forward the role music and passion can play in coping with this "World of Chaos". The album was produced and mixed by Pieter NYCkees and recorded during the second half of 2018 in Shellshock Studio (Knokke, Belgium). The tracks were mastered by Attie Bauw who was responsible for mastering the Grammy nominated album Painkiller by Judas Priest. Guest vocals and piano tracks for the song The Greatest Loss were delivered by Tiffany Veys, head vocal coach at Mind the Voice